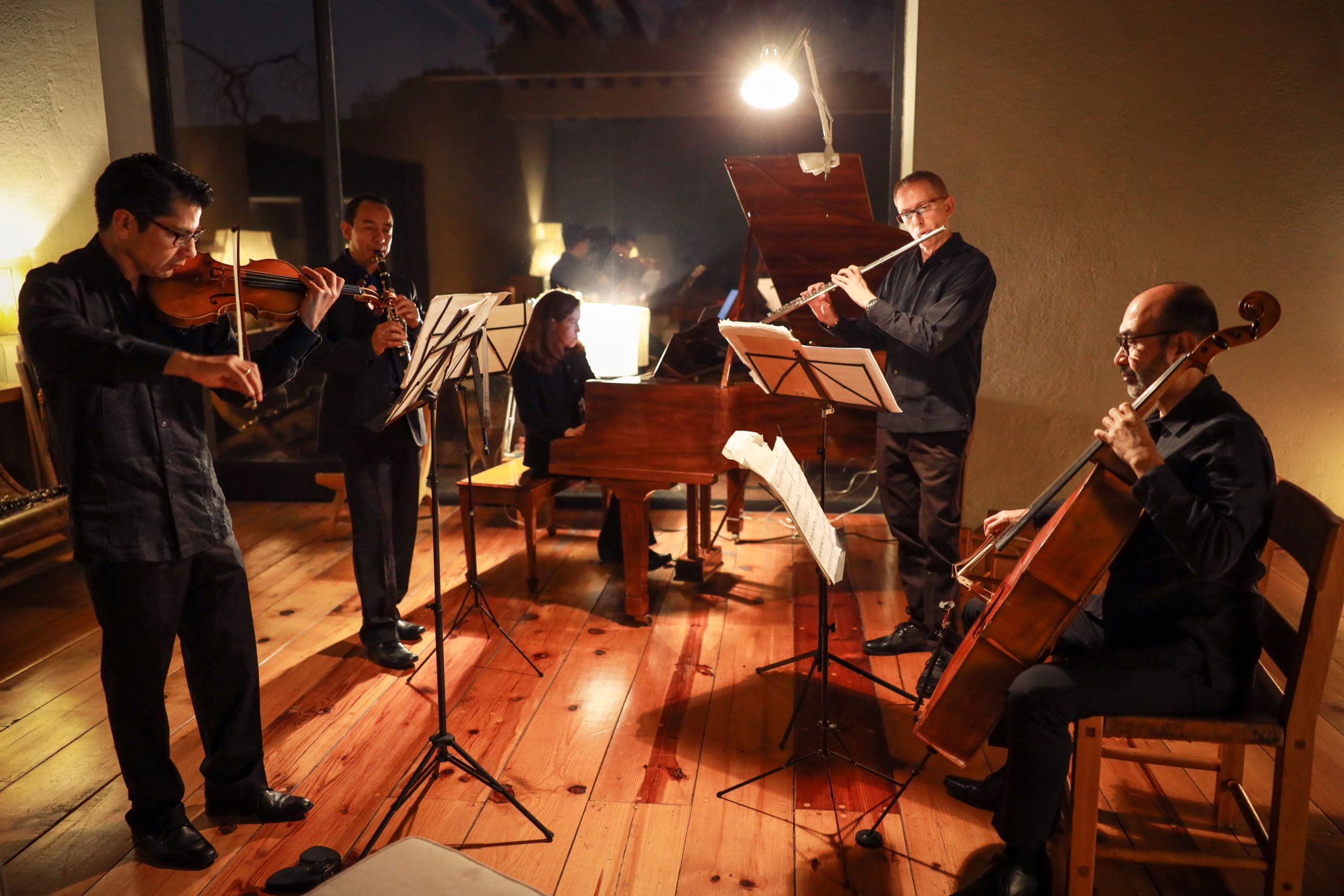 Mexico's highly acclaimed ÓNIX Ensemble will perform a concert of adventurous 20th- and 21st-century works for flute, clarinet, and percussion, including the world premiere of a new work by composer and WWU faculty member Charles Halka.

ONIX offers a unique panorama of exclusive dedicated works. which are often influenced by literature, theatre. the visual arts and new technologies. Furthermore, ONIX has worked on building bridges and new forms of expression by stimulating the creation of special pieces that combine classical music with other musics and aesthetic traditions. The idea is to promote new composers with the artistic vision of expanding and developing contemporary music idioms. The main strategy of the ensemble consists of national and international collaborations which translate into recordings. world premieres. commissions. residencies. tours and the launching of a diversity of projects. ONIX has premiered many works dedicated to the ensemble and has toured extensively in Mexic , the United States. South America and Asia. The ensemble has started a successful seminar on contemporary music called Seminario de Música Contemporánea (SEMUC) which started in 2008 and has had guest performers and composers from all over the world.

In ONIX's desire to promote inclusive musical development. it carries out two projects of artistic exploration and experimentation; one of them. another ensemble within the ensemble specialized in new technologies of audio. video. multimedia. electroacoustic music and improvisation called LUMÍNICO [www.luminico.org).a project that has been extremely successful in places such as Japan. China. Colombia. Poland. Austria. and Germany. The second one. Duplum for bass clarinet and percussion is other successful derivation of ONIX with many premieres and commissions.

"A balanced program of great virtuosity...rigorous in its presentation...interpretative freshness and vigorously expressive"
José Wolffer. REFORMA