We are excited to host the most recent Bronze Medalist from the prestigious Van Cliburn International Piano competition (June 2022): Dmytro Choni from Ukraine! 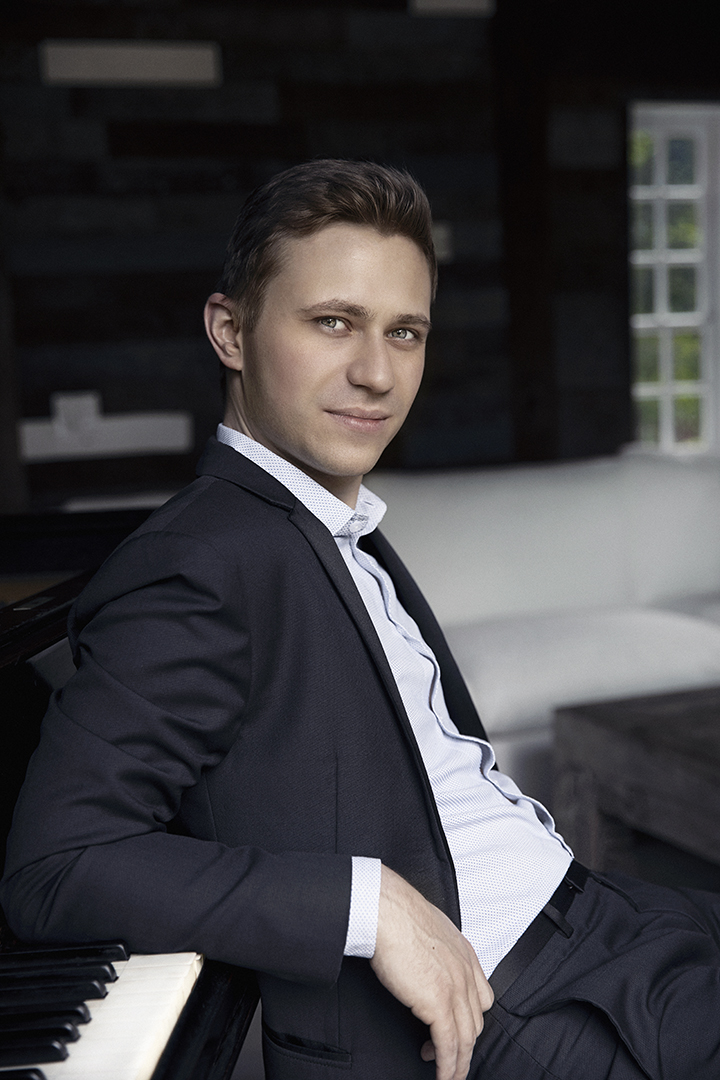 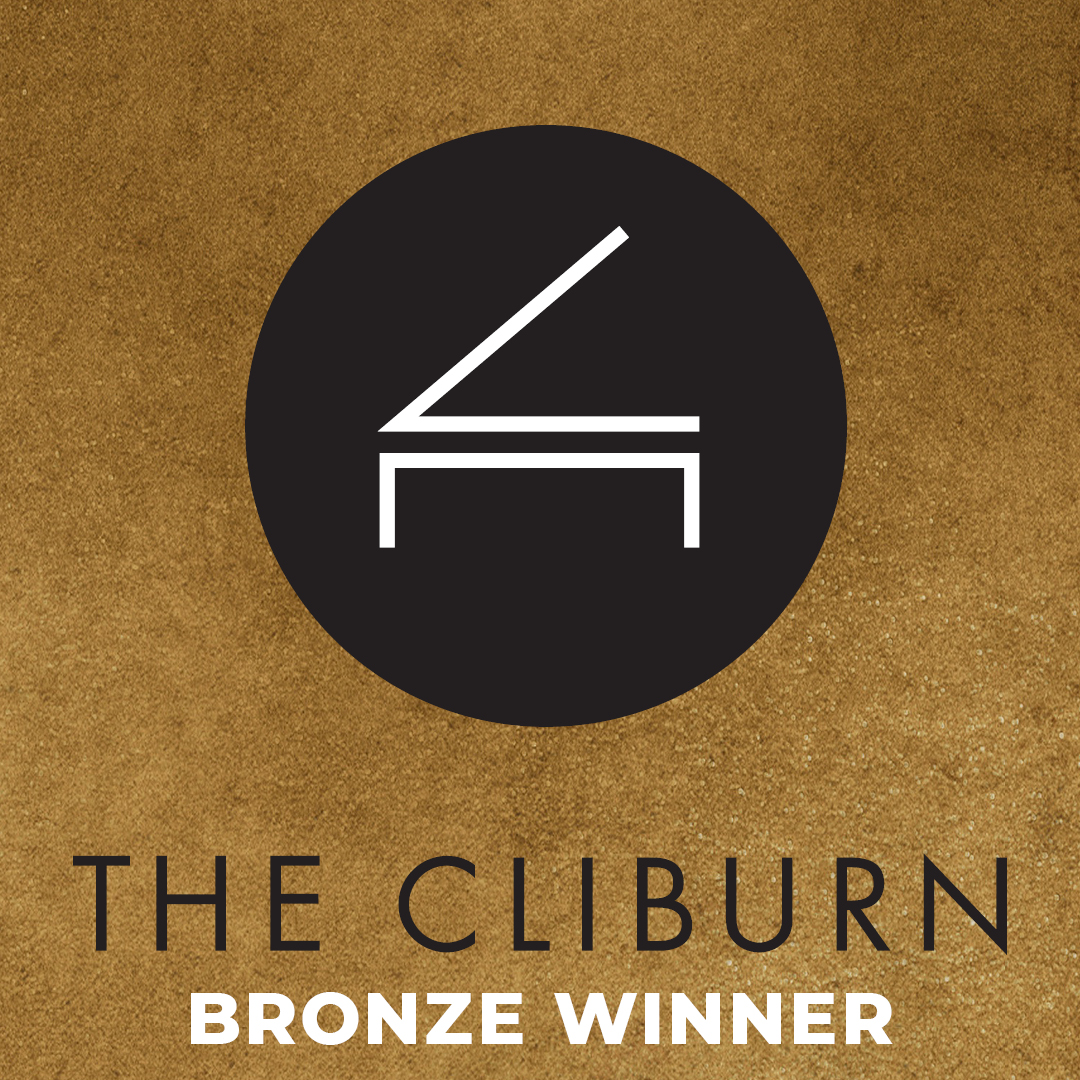 Each time he strode onstage, it was with winning confidence and a big smile. He’s clearly an accomplished, assured ― and communicative — pro.

Dmytro Choni took home bronze at the Van Cliburn International Piano Competition in June 2022, only the second Ukrainian pianist to medal at the prestigious contest. He won hearts and accolades with a compelling and colorful musicality that is fortified by a genuine, immediately engaging stage presence. As one critic noted: “Each time he strode onstage, it was with winning confidence and a big smile. He’s clearly an accomplished, assured―and communicative—pro” (Dallas Morning News).

Dmytro’s Cliburn prize builds on an already impressive resume. He has collaborated with renowned orchestras, such as the Royal Liverpool Philharmonic, Phoenix Symphony, RTVE Symphony, Seongnam Philharmonic, Ukraine National Symphony, Liechtenstein Symphony, and Dominican Republic National Symphony Orchestras, working with conductors Andrew Manze, Marin Alsop, Nicholas McGegan, Oksana Lyniv and others. His performances in major halls and festivals in Europe, Asia, South America, and the United States have made a lasting impression on his musical development.

A whirlwind named Dmytro Choni, 28 and from Ukraine, made Prokofiev’s Piano Concerto No. 3 in C major leap off the page in a stunning display of musical intelligence and keyboard athleticism. Sitting poised and upright, Choni executed feats of gnarly passagework, leaps, and interlocking hands, all the time with the neoclassical Prokofiev of the First Symphony looking over his shoulder, demanding transparent textures and articulation that projected to the back of the hall. And whatever the pianistic hijinks, an unerring sense of direction and line animated every bar.

This is the kind of pianist one wants to hear play variations, and Prokofiev thoughtfully provided a set as the concerto’s second movement. Choni vividly characterized them all, from dreamy to speedy to a sharp - edged (not banged) marcato. In the finale, he flung out chords on a musical line, traced fantastic shapes in a soft interlude, glowed under high - flying strings in the lyrical theme, and finished with a furious crescendo of scales that brought the audience instantly to its feet. 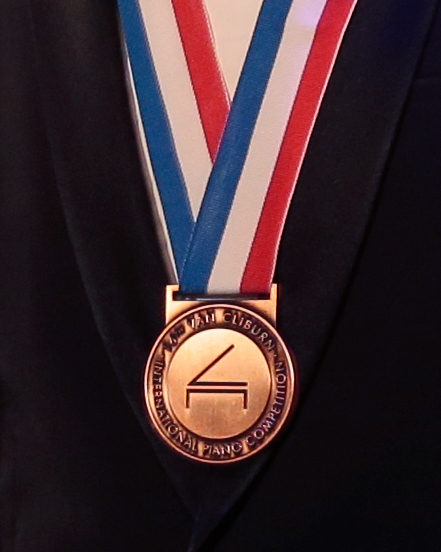 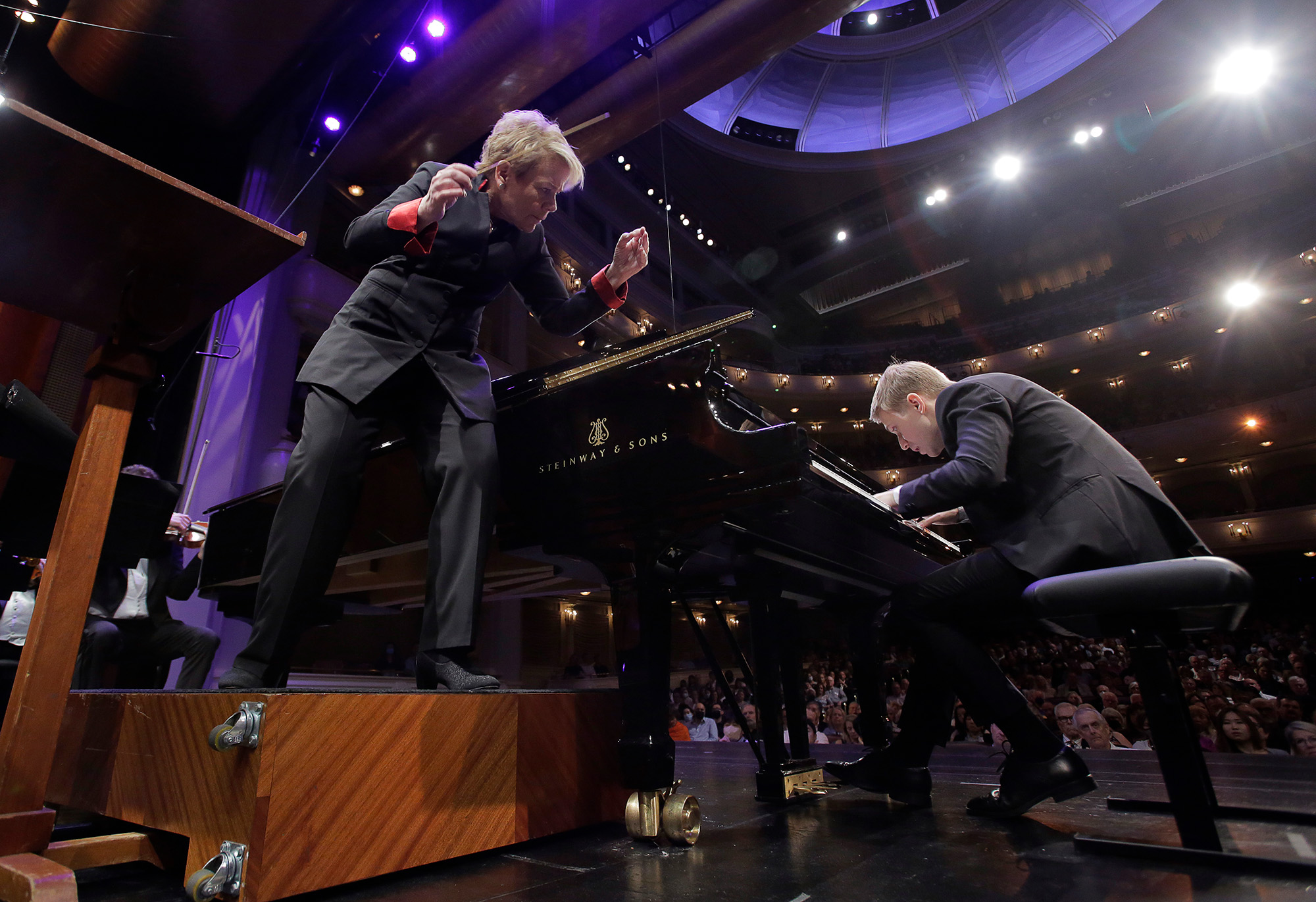 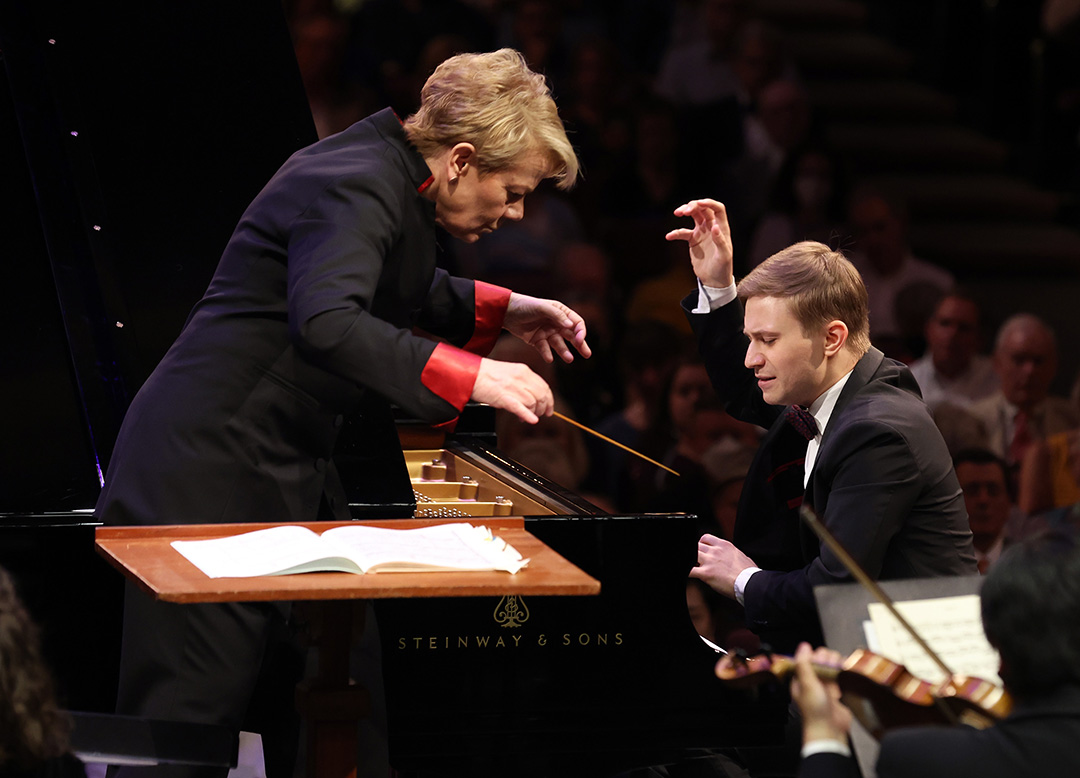 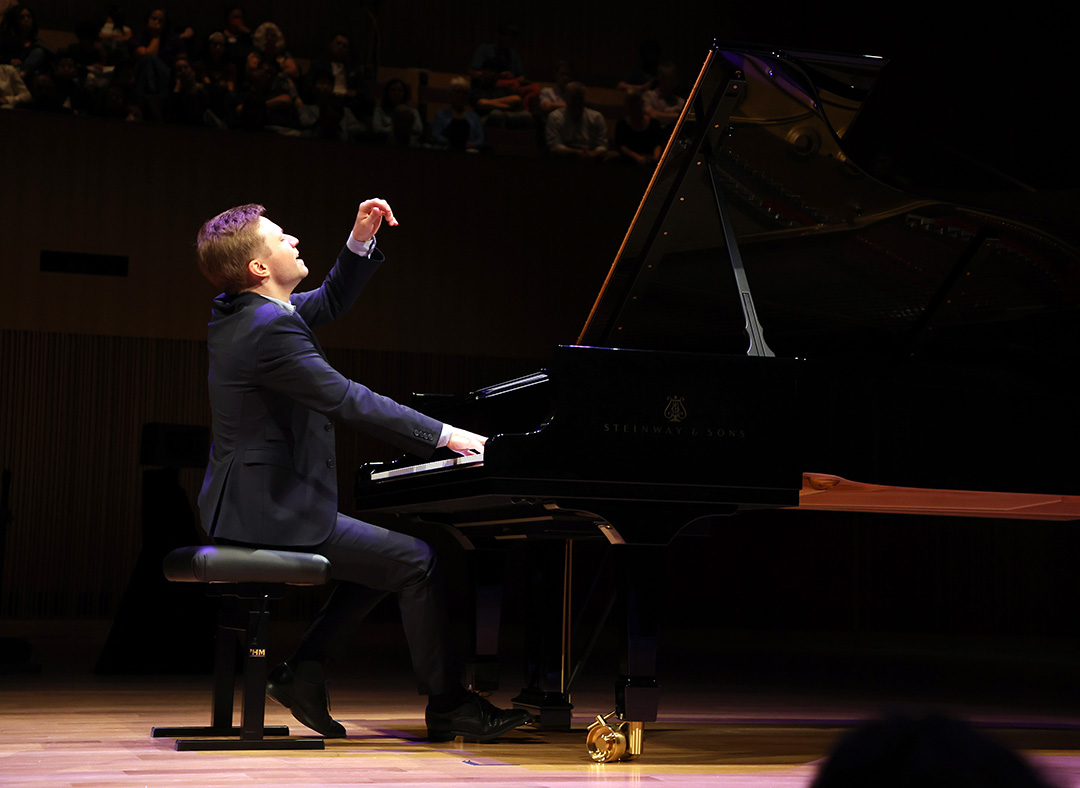 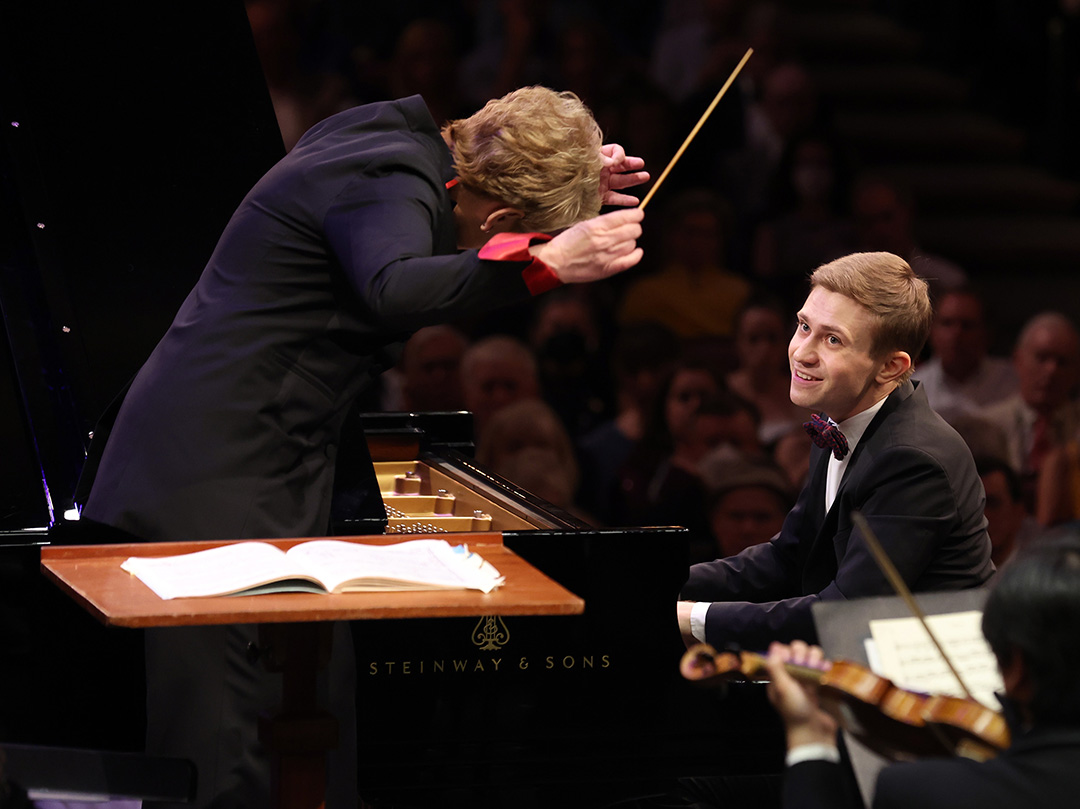 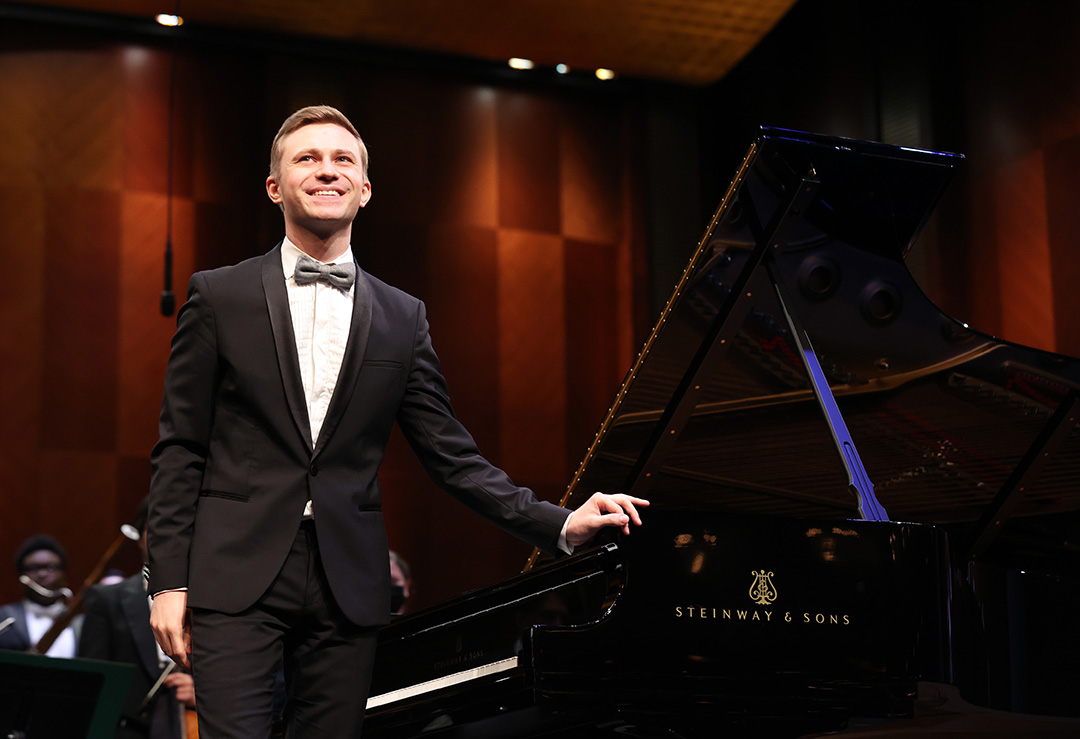