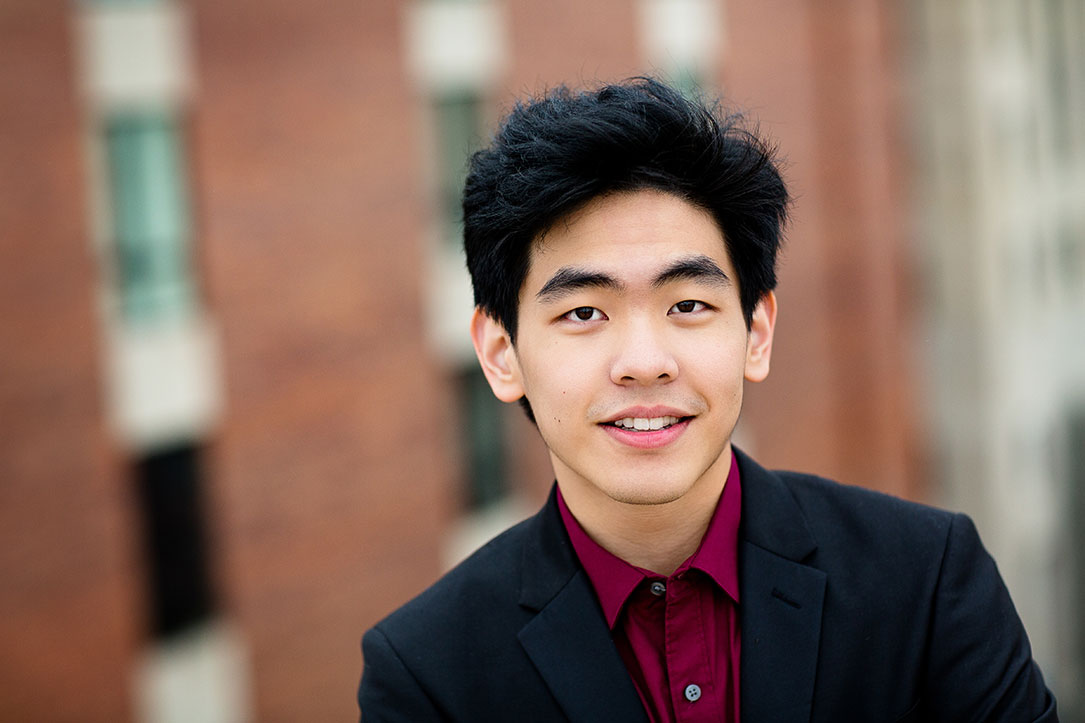 "Hsu really hit it out of the park with a very subtly nuanced and even haunting performance... Hsu has consistently belied his young age with mature performances, and his Franck was no exception." – Culture Spot LA

"...his technical prowess and sheer velocity proved impressive, at least on the athletic level, predictably setting off one of the largest ovations at an event where extravagant ovations are the rule." – Texas Classical Review

Characterized by the Philadelphia Inquirer as a “poet...[with] an expressive edge to his playing that charms, questions, and coaxes,”20-year-old American pianist Daniel Hsu captured the bronze medal and prizes for best performance of both the commissioned work and chamber music at the Fifteenth Van Cliburn International Piano Competition. Also a 2016 Gilmore Young Artist, first prize winner of the 2015 CAG Victor Elmaleh Competition, andbronze medalistof the 2015 Hamamatsu International Piano Competition, he is increasingly recognized for his easy virtuosity and bold musicianship.

The 2017–2018 season launched the release of his first solo album by Decca Gold, and continued with recital and concerto tours across the United States. Further highlights include his Philadelphia Orchestra debut in 2016 and his Carnegie Hall debut in 2017 as part of the CAG Winners Series at Weill Recital Hall. Mr. Hsu has also appeared in recitals at the Dame Myra Hess Memorial Concerts, the Krannert Center for the Performing Arts, and the Gilmore International Keyboard Festival, as well as in concerts in Philadelphia, Chicago, Los Angeles, and New York. With orchestra, he has collaborated with the Tokyo Symphony Orchestra, Symphonia Boca Raton, and the Grand Rapids, New Haven, Roswell, and Fort Worth Symphony Orchestras, working with conductors Leonard Slatkin, Nicholas McGegan, and Marcelo Lehninger. He has also built a following and performed extensively in concerts across Japan.

His chamber music performance with the Brentano String Quartet earned him the Steven de Groote Memorial Award for the Best Performance of Chamber Music. The Dallas Morning News praised “his impassioned, eloquently detailed Franck Quintet,” proclaiming it to be “a boldly molded account, with a natural feeling for the rise and fall of intensity, the give and take of rubato. Both he and the Brentano seemed to be channeling the same life force.” He has also toured the United States with the Verona String Quartet.

A native of the San Francisco Bay Area, Daniel Hsu began his studies at age 6 with Larisa Kagan. He made his concerto debut with the Fremont Symphony Orchestra at age 8, and his recital debut at the Steinway Society of the Bay Area at age 9, before being accepted into Curtis at the age of 10, along with his two older siblings.

Mr. Hsu is a secret Marvel film buff, and enjoys long walks and programming. He has contributed to the creation of Workflow, a popular productivity app that allows users to automate tasks on iPhone, iPad, and Apple Watch. A recipient of the coveted 2015 Apple Design Award, Workflow was acquired by Apple in March 2017.