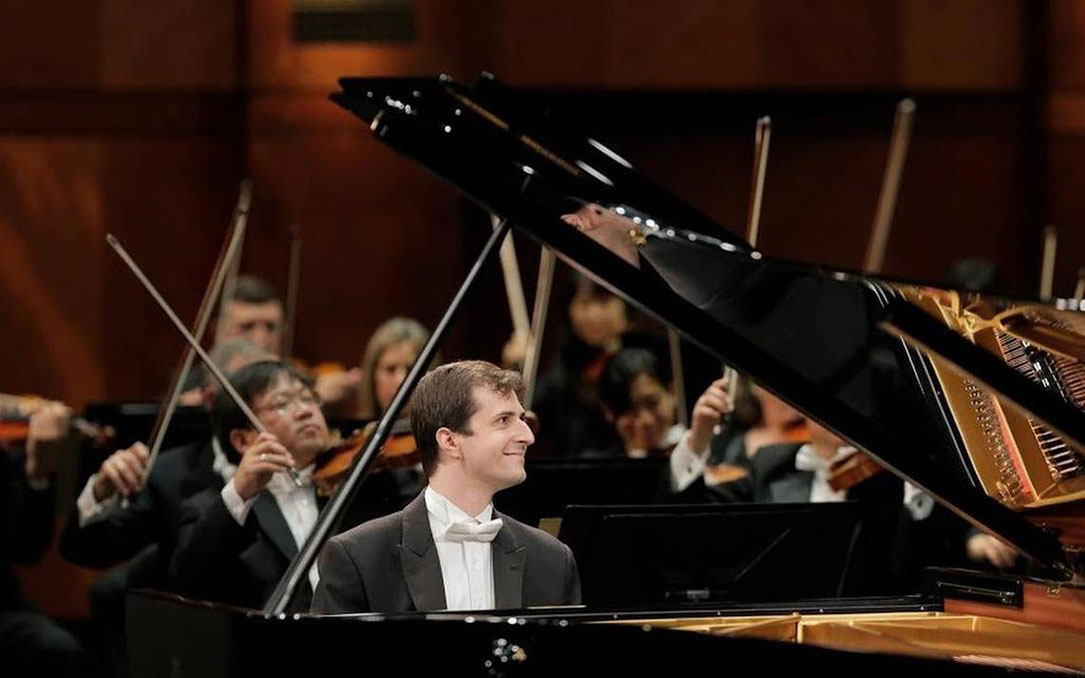 
“He drew the audience in and didn’t let go until the last quiet note. Liszt wrote symphonies for the piano; Broberg’s interpretation was symphonic in tone, color and sound. What a way to conclude not only his recital, but the entire solo part of the competition...the audience cheered him on stage four times!” – Culture Spot LA

“The four Impromptus of Schubert, D. 899, present the almost hidden challenge of extended intense lyricism and some almost unnoticeable but very real technical challenges... Broberg met and matched all, along with a flowing lyricism.

Broberg closed his bid for a slot by climbing the Everest of the romantic piano repertoire, Liszt’s Sonata in B minor. Here the technical challenges—in the form of roaring arpeggios, floods of octaves, and glittering filigree passagework—are more obvious, though the intellectual task of holding this wide-ranging structure is equally daunting. Once again, Broberg made his case impressively. “ – Wayne Lee Gay, Texas Classical Review

A native of Minneapolis, 23-year-old pianist Kenny Broberg won the silver medal at the Fifteenth Van Cliburn International Piano Competition for performances that showed “an imaginative shaping of themes, revelation of inner voices, and an unfailing sense of momentum” (Texas Classical Review).

His 2017–2018 debut season as Cliburn medalist included a recital tour in Hawaii, a return to his alma mater, the University of Houston, for its annual Texas Music Festival, and orchestra and recital engagements in Denver, New Orleans, West Palm Beach, and other cities across the United States. In Europe, Mr. Broberg appears with the Rye Arts Festival and Hastings Philharmonic in the United Kingdom, and in recital in Italy. His debut solo album was released by Decca Gold in August, as part of his Competition prizes.

Also a prize winner of the Hastings, Sydney, Seattle, and New Orleans International Piano Competitions, Mr. Broberg has previously performed as soloist with the Royal Philharmonic, Minnesota, Sydney Symphony, Seattle Symphony, Dallas Chamber, Fort Worth Symphony, and the Louisiana Philharmonic Orchestras, among others, working with conductors Ludovic Morlot, Carlos Miguel Prieto, Leonard Slatkin, Nichola Milton, and Nicholas McGegan. His solo, chamber, and concerto performances have been broadcast on NPR and ABC (Australia) radio, and several of his performances at the 2016 Sydney International Piano Competition were included on CDs released on the Universal Music Australia label.

The first musician in his family, Mr. Broberg started piano lessons at age 6, when he was first fascinated by his mother’s upright—a wedding gift from her parents. He studied for nine years with Dr. Joseph Zins before entering the University of Houston’s Moores School of Music, where he earned a Bachelor of Music degree with Nancy Weems in 2016.

A hockey and baseball athlete in high school, he still enjoys watching and playing sports, in addition to listening to jazz and reading.