Penny Hutchinson and the history of The Hard Nut

The Mark Morris Dance Group is screening excerpts from its innovative ballet “The Hard Nut” from December 12 through 18, 2020. More digital experiences are available throughout the year.

Our own Penny Hutchinson, Associate Professor of Dance, worked in Brussels with Mark Morris and performed with the company from its inception. We asked Penny to share some of her memories and experiences from that work - and her relationship with the company in the years following.

Tis the season to be jolly fa lala la la!......a bit hard after such a year! But I would like to share a little about the background of The Hard Nut by the Mark Morris Dance Group free for the public this holiday season. I am incredibly grateful to have danced with the Mark Morris Dance Group from its inception in 1980 until 1992 although I was dancing with Mark from 1971-on in Seattle. I saw the company through the early days of rental studios, great dancers from different companies working on their off times from black box theatres to Brooklyn Academy of Music, Dance in America on TV, and touring nationally and internationally. Being the company in residence for 3 years, at La Monnaie Opera Theatre in Brussels where Mark under Gerard Mortier, director, was able to produce great evening length works such as Handel’s L’Allegro, Purcell’s Dido and Aeneas, and Tchaikovsky’s The Hard Nut that are still being performed today.

A few years ago, when the Mark Morris Dance Group had a 25-year anniversary celebration of the Hard Nut, I was at the Brooklyn Academy of Music, watching the audience laugh and become enthralled by its magic which falls deep and soft at the end of Act 1, with Snow. I felt so honored to have been a small part something that was giving such joy to people. The premiere of this ballet was January 12, 1991 at La Monnaie Opera, Brussels.

Mark Morris’ The Hard Nut, is set in the 1960’s with the story of the Nutcracker, by E.T.A. Hoffman. Watching it today, I see my own and Mark’s home environment in the opening party scene, and the hectic pace of our lives in Seattle when we were both teenagers. Mark used the cartoonist, Charles Burns to inspire giant black and white sets, with Adrian Lobel as set designer, and Martin Pakledinaz as costumer, and lighting by James F. Ingalls. It was the last of Mark’s work at La Monnaie and came just before Tchaikovsky's Nutcracker ballet 100th anniversary. Humorous, horrific, dark, beautiful, mysterious, audacious, and moving, The Hard Nut has continued to be a favorite version of the Nutcracker for audiences everywhere.

French paper snow was used to create the great scene of the Waltz of the Snowflakes. Taking big handfuls of it from bins in the curved wings of the Theatre in the dark, you musically dispersed the snow during bourrées, and grand jetes alike by tossing it high into the air on the right count of the music. This might sound like a simple method, yet it took weeks of getting the right type of “snow” and many hours of practice to dance at full tilt and to throw paper snow from sweaty palms to create the images of a snowstorm.

As Mark had the responsibility of so many small numbers during the beginning of rehearsals, he created the bare bones of the opening Party Scene in Act I. Left alone I found myself freely sketching acting bits. I laugh looking at it now: I fainted, kissed someone other than my husband, I cried, and I was here, there, and everywhere getting into “trouble” at the party scene to build the characterization. It was a great fun time, and as soon as others saw me, they too started to do this, and soon the stage was filled with all kinds of wild social interactions and antics!  (You must see a live show to really see this in its entirety).

One interesting fact you may not know was that Mark had cast Mischa, (Mikhail Baryshnikov) as young Drosselmeier. Mischa came and stayed with us for a long time in Brussels after leaving the directorship of American Ballet Theatre. Mischa started to do it, but later left. But even to see him rehearse it, was just jaw dropping. A young man (he must have been about 19 or 20) stepped into the role. Jean-Guillaume Weis, from Luxembourg was fantastic. But the true star was Clarice Marshall, a 40-year-old married dancer, who delighted audiences with her portrayal of Marie, or Clara as the character is named in many versions, the young daughter of the Stahlbaums.

With some delightful gender bending, a young female dancer plays the son of the Stahlbaums, who wrecks the Nutcracker given to Marie by Drosselmeier. Peter Wing Healey played the original Mrs. Stahlbaum, and the company manager of the Mark Morris Dance Group, Barry Alterman, plays Mr. Stahlbaum. The other star of the show was the house cleaner. She was played on pointe by Kraig Patterson, (a fantastic teacher and choreographer who came and taught for several years at WWU (Western Washinton University) Dance!) “Anyone for dancing Snow en pointe?,” asked Mark. Both men and women volunteered to dance Snow in pointe shoes. So, if you look closely, you will notice some people dancing on pointe and some are not. I was in the not group!!

Some of the other parts besides a girl in a holly dress at the party I played were, a flower in the Waltz of the Flowers, which I loved, and Russian, of course a snowflake in Waltz of the Snowflakes, and many group scenes. But I think my most favorite moment of all was opening night in Brussels, because Sylvain Camberling, the music director of La Monnaie conducted. I cannot even try to describe the feeling. Filmed live, this very production continues to live as the Dance in America show.

Last year The Hard Nut was performed at the Paramount Theatre in Seattle, and Mark asked if I would teach company class warm up for two shows. What a privilege! So many dancers I could barely fit on the stage. I will remember that moment for a long time, as Mark rarely asks anyone to teach them (besides himself).

I hope you will take time to watch The Hard Nut this holiday season and enjoy knowing the inside scoop on how this magical show was created. Here is a short interview with Mark Morris and some of his early thoughts on making this dance, and maybe you can spot me in a blonde wig and a holly dress, kissing someone and swooning, or later crying while others are singing Christmas carols. Beautiful black and white photos capture the rehearsals at Rue Bara rehearsal studios in Brussels in 1990.

Penny and the faculty and staff of the College of Fine and Performing Arts are training the next generation of innovators in art, dance, design, music, and theatre. Support their work - a life in the arts can be a hard nut (but rewarding to crack!) 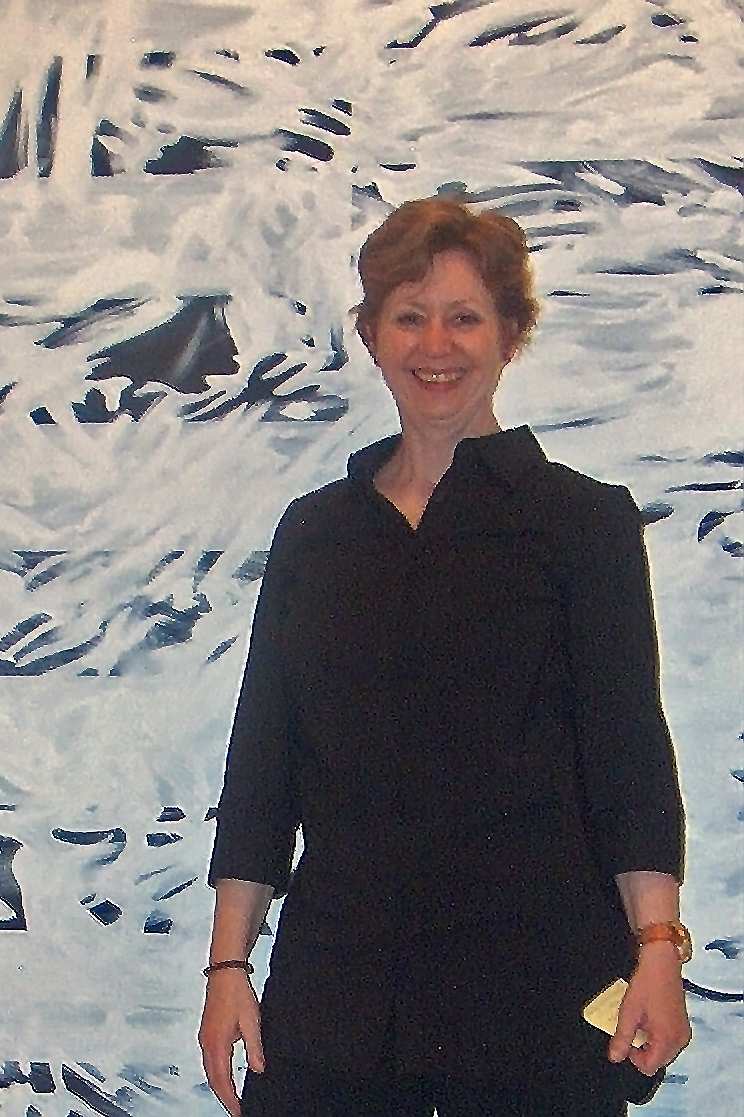 Music alum Tim Friedlander is "hot on the mic" 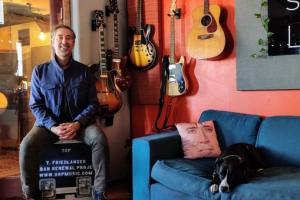 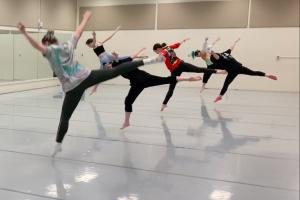 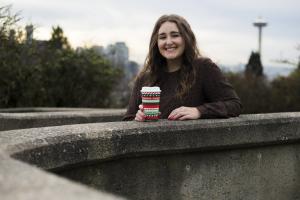 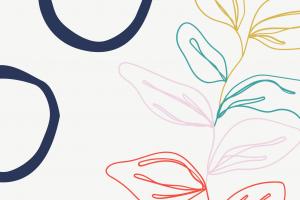 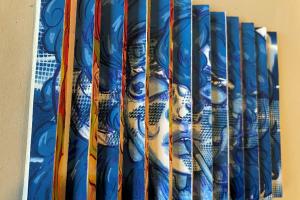 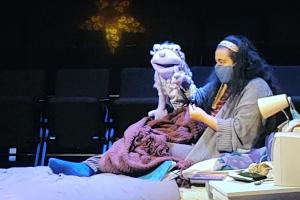