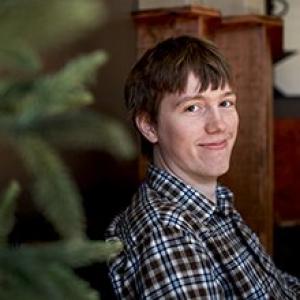 Since beginning his career, Jon has written an eclectic variety of polystylistic music, including for the concert hall, electroacoustic playback/performance, film, games, and pop music. He has received numerous awards and honors for his compositions and works, with pieces performed by WWU's Wind Symphony, Equus Saxophone Quartet, and more. He also organizes the semiannual Game Audio Bash, a gathering in Bellingham of game music & sound professionals from around the Pacific Northwest, every January and July.