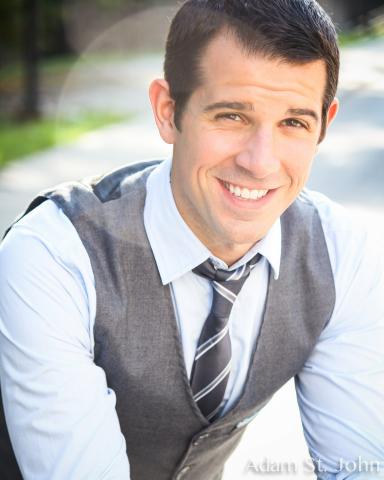 Adam St. John started teaching acting at WWU in 2018 and since has taught Introduction to Acting, Grotowski, & Suzuki/Viewpoints. After returning to the Seattle area after earning his MFA in Acting from Indiana University, Adam signed with Big Fish Talent NW and has been seen in commercials and independent films. On stage, Adam has performed locally at Seattle Shakespeare (A Midsummer Night’s Dream), ACT (As You Like It), Secondstory Repertory (The Pillowman, Noises Off, Closer), and American Theater Northwest (The Understudy) & abroad at the Edinburgh Fringe Festival. Adam has also directed local productions of The Taming of the Shrew & In a Dark, Dark House and regional productions of A Steady Rain. Most recently, Adam has delved into the world of podcasting and talking about films on the “1001 by 1” & “Below Freezing” podcasts.