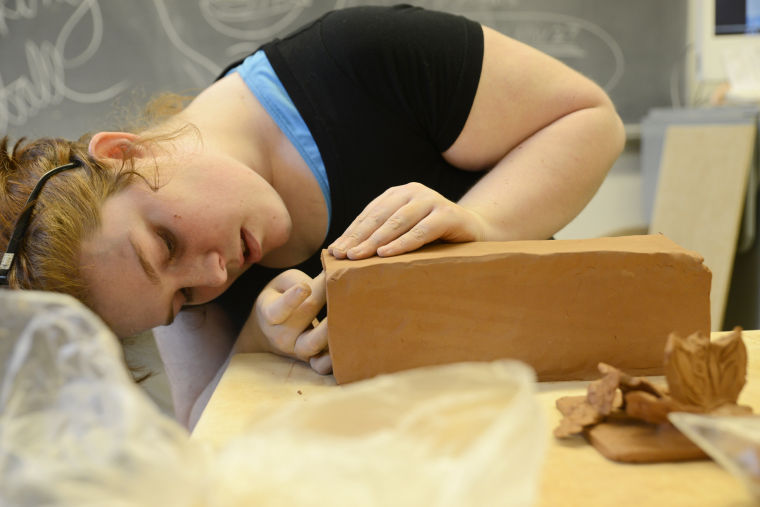 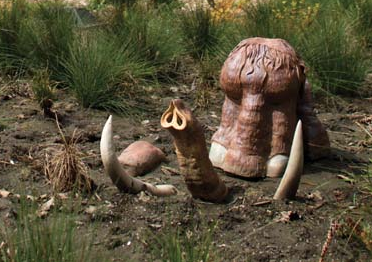 A major renovation gave Western’s Miller Hall a modern look, but stroll behind the new glass-and-brick façade to find a prehistoric touch thanks to an impromptu work of student art.

The woolly mammoth emerging from a small wetland area behind Miller Hall is the work of four students in Art Professor Patrick McCormick’s ceramics class during fall quarter.

“It was our creature-feature project, is what Pat called it,” says Studio Art sophomore Tyler Will of Spokane. “My idea was to make it look like the mammoth was coming out of the swamp, or sinking in.”

McCormick got the idea for the assignment from the wetland itself last fall, which he says looked a bit like a bog in need of a monster. Months later green plants of spring seem to be replacing the muddy water of the bog, but the prehistoric beast remains – for now – an unofficial member of Western’s sculpture collection.

Sarah Richardson is a multimedia intern in the Office of University Communications and will graduate in June with a degree in Visual Journalism. Courtesy of Window magazine