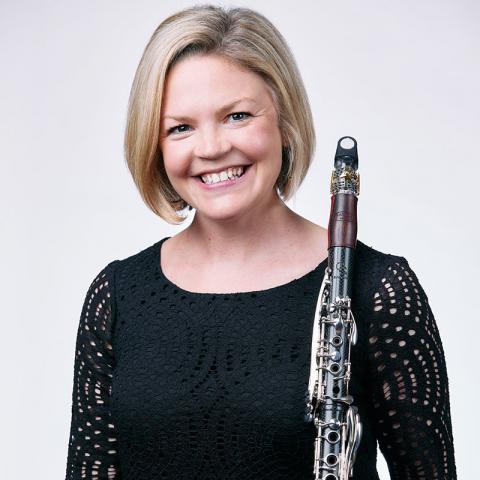 Clarinetist, Erika Block, hails from Annapolis, MD. she performs regularly with the Fifth Inversion wind quintet, Bellingham Festival of Music, Bellingham Symphony Orchestra, Off the Hill chamber music series, and many others.  As an active soloist, she has recently been featured twice with the Skagit Symphony, WWU Wind Symphony, and most recently with the Whatcom Wind Ensemble.  As a member of Fifth Inversion, Erika has performed in several International and National conferences across the US and Canada. Erika and her family moved to Bellingham in 2011 after several years in Vancouver, BC.  There she played with the Vancouver Island Symphony, North Shore Sinfonia, and Nu:BC contemporary ensemble.

Before moving to Bellingham, Erika was the director of marketing and artist relations at Backun Musical Services in Vancouver BC.  She spent several years touring the US and Europe, helping artists with their equipment and attending conferences and instrument trade shows.  She helped with the marketing campaigns of the Leblanc by Backun, Bliss, and Backun protege series clarinets.