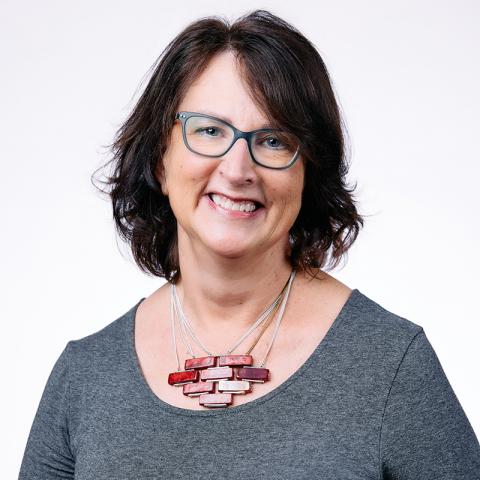 Angela Kasper was recently hired at Western Washington University where she conducts three choirs and teaches undergraduate courses in choral methods.  Before this appointment, she was Director of Choral Activities at the University of St. Thomas for 20 years during which time her choirs performed at national, regional, and state conventions of the American Choral Director's Association and toured extensively in Asia, Europe and South America.

Dr. Kasper received her D.M.A. degree from the University of Oklahoma and her M.M. and B.M.E. degrees from Indiana University.  Her research interests include authentic, respectful performance of music from diverse cultures as well as the exploration of varied vocal colors that are possible with this repertoire.  Recently, she presented keynote speeches around the themes of community and inclusion within the choral experience and is serving on the National ACDA Committee for Diversity Initiatives.  She served as guest editor of the April 2006 Choral Journal and has written articles for the Choral Journal in 2017, 2011, 2008, and 2006.  Other publications include the July 2000 Music Educators Journal, the NAfME Spotlight on Teaching Chorus, as well as many local and regional music publications.  The book she coauthored with Mary Goetze and Ruth Boshkoff, Educating Young Singers, is published with GIA.