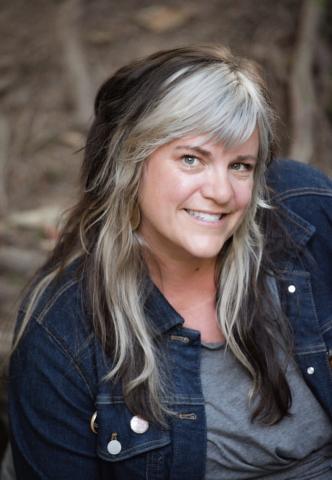 Regular in-person office hours are Tuesdays and Thursdays from 10:00am - 11:00am. Or you reach out to schedule a zoom appointment.

Kamarie Chapman is thrilled to be teaching her thirteenth year with Western Washington University in Bellingham, WA.  Having received her M.F.A. from The University of New Mexico in 2009 with dissertation work in gender and playwriting, her personal research focuses on underrepresented voices in playwriting and collaboration of new performance.  Kamarie has been teaching playwriting, theatre theory and dramaturgy, as well as criticism and introduction to cinema for the Department of Theatre and Dance since 2010.  She has also worked with Texas Tech working as the in-house Dramaturg and co-producer for WildWind 2015/16. She has produced new works during the summer with WWU and the summer Theatre Company On the Intersection during summer 2021/22 and is currently a member of the CFPA's Accessibility/Equity/Diversity/Inclusion Committee.

She has taught and directed theatre and outreach to many diverse populations to include working as Artistic Director of a mixed-ability company in Albuquerque, NM called Equilibrium Theatre Company (ETC) through VSA in 2009.  She is a member of the Northwest Playwrights Alliance, The Dramatists Guild, The Association for Theatre in Higher Education (ATHE) and Artists Trust. Her play Deception Pass: An American Story was the winner of two national awards from The Kennedy Center (The David Mark Cohen and co-winner of the Paula Vogel playwriting awards) and received its Washington State premiere in January of 2013 at WWU. This play was also the national winner of The ATHE playwriting award. In 2010 her short play, Dijon Love, was a finalist for the Humana Heidman Award and she was a top five finalist for the NPA/Seattle Rep/SAG Screenwriting contest in June of 2010 for her screenplay Avenue D. She has had her work published by NPA and numerous zines and smaller publications and Western Washington University’s Jeopardy Magazine.  Most recently she premiered her first musical (co-written with Spencer Willows) at The iDiOM Theater in 2015; Ded Reckoning: A Space Adventure in Two Acts.

Kamarie is the Kennedy Center American College Theatre regional chair for The Institute for Theatre Journalism and Advocacy and the incoming chair of the New Play Program for region seven as well.