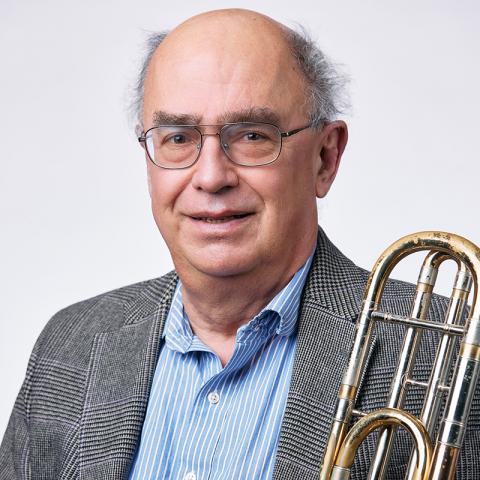 Trombonist Gregory Cox is a native of Seattle, Washington.  He received the Bachelor of Music Degree with Distinction from the Eastman School of Music where he studied with Emory Remington. While still an undergraduate he performed with the Rochester Opera and Rochester Philharmonic and toured with Chuck Mangione.

In 1976 Gregory returned to the Pacific Northwest to join the Vancouver Symphony under Kazuyoshi Akiyama.  Soon he added teaching positions at the University of British Columbia, the Vancouver Academy of Music and Western Washington University in Bellingham.

Gregory has been a guest musician with the Winnipeg & Regina Symphonies and has given recitals in British Columbia, Washington and North Carolina.  He has recorded for Mark, Polydor, CRI, Orion, CBC and Naxos.  He was also a member of the orchestra for the pre-records for the 2010 Winter Olympics.

In the summers Gregory returns to the Eastern Music Festival in Greensboro, North Carolina where he is Principal Trombone under Gerard Schwarz.  He is married to freelance violinist Marion Turner.  They have a daughter, Carolyn, who is an actress and writes in New York City.