she/her, Assistant Professor of Theatre History and Theatre for Youth 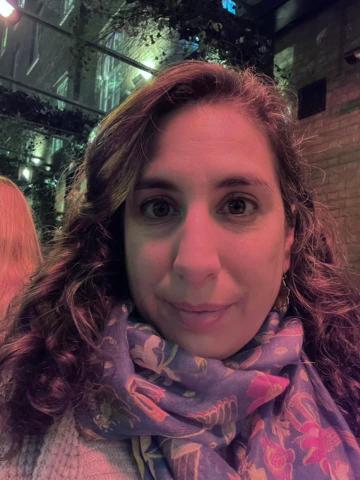 Dr. Christina Gutierrez-Dennehy is a theatre historian, a director, and a theatre educator, and she loves to think about the intersections between all of those identities.

Christina holds a Ph.D. in Performance as Public Practice from the University of Texas at Austin, with a dissertation focusing on re-imaginings of medieval history in 21st century performance contexts. She also holds an MA in Theatre History from the University of Colorado at Boulder where she spent time as a production dramaturg for the Colorado Shakespeare Festival.

Christina's research focuses on representations of race, gender identity, and mental health in contemporary adaptations of early modern drama. Her first book, Like A King: Casting Shakespeare's Histories for Citizens and Subjects,  an examination of constructions of kingship in Shakespeare's history plays, particularly in cases of racially-conscious, cross-gendered and/or doubled casting, was published by Fairleigh Dickinson University Press in December, 2020. It is available here. Her second book is an edited collection examining the relationships between power, gender, and mental health in early modern drama. Kingship, Madness, and Masculinity on the Early Modern Stage: Mad World, Mad Kings was published by Routledge in 2021, and is available here.  Her current research examines celebrations of Blackness in post-Covid productions of Shakespeare's The Tempest.

Christina is also a freelance director operating out of Texas, Arizona, Washington, and California and the co-Artistic Director of the  7 Towers Theatre Company in Austin, Texas.