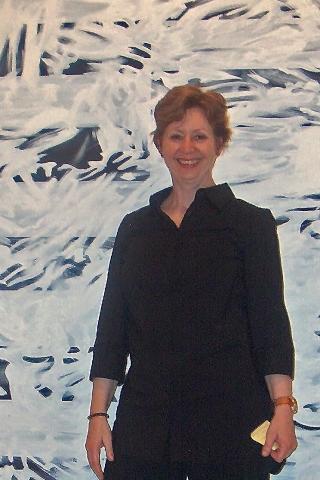 Penny, a native of Seattle, attended the Juilliard School. She was a founding member of the Mark Morris Dance Group, 1980-1992 and was in Brussels from 1988-1991, when MMDG was in residence at Theatre de la Monnaie. In 1990 she received a New York Dance and Performance Award, BESSIE. In addition to teaching at the University of Washington, Jacob’s Pillow Dance Festival and other MMDG workshops, Hutchinson has taught at Ulm Theatre Ballet (Joachim Schlomer-dir.), NYU Tisch School of the Arts, South Carolina Governor’s School for the Arts, Nanyang Academy of Fine Arts (Singapore), University of Montana, Academy of Modern Dance (Chennai, India),and Sports Hojskole, (Denmark). She was assistant director for Peter Sellars’ The Rake’s Progress at the Chatelet Theater, Paris. She assisted director Stephen Wadsworth for the opera Ashoka’s Dream at the Santa Fe Opera. After receiving a BA through Vermont College, in 2001 she choreographed and made her acting debut in The Oresteia, three Greek tragedies, for the opening of the Berkeley Repertory’s Roda Theater with directors Stephen Wadsworth and Tony Taccone. While attending Mills College, Penny staged Marble Halls by Mark Morris for the Mills Repertory Dance Company. She graduated with an MFA in Dance from Mills. She has had two successful collaborations with composer Fei Wu of Beijing, China, also a Mills alumna, the second being under a “Meet the Composer” grant for University of Wyoming dance students and the Chandra Wyoga Gamelan.