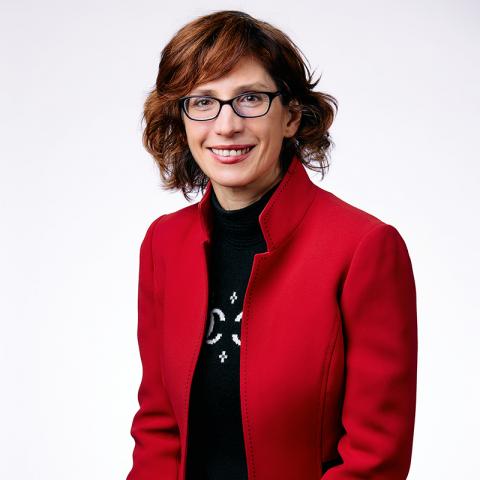 Besides winning numerous Serbian and Yugoslavian national piano competitions at a young age, Ms. Jelača Jovanović won prizes at several international competitions, including the inaugural 2005 Iowa International Piano Competition and the First Prize at the 23rd Bartók-Kabalevsky-Prokofiev International Piano Competition in Virginia in 2003. She has been interviewed and has recorded for various radio and television programs in the United States (Northwest Focus Live King FM 98.1, NPR WFMT Chicago, LOOP 25 TV channel, NPR WJFF Radio Catskill), Serbia (Radio Belgrade Programs I, II, and III, Studio B, TV Belgrade, Politika TV, Art TV), Romania (Neptun Art TV) and Russia (Raduzhni Television), and was profiled along with other musicians of note in a book by Gordana Krajačić entitled “Muzička Pinakoteka” (2003) and "Muzički Svetionik" (2021).

In 2006 she organized the “Schumann Madness Festival“ in Bellingham, Washington to mark the 150th anniversary of Robert Schumann's death, where she performed in several solo and chamber recitals, and as soloist with the orchestra. Her recording of works by Prokofiev, Karača, Radovanović, Briggs, Radić, Sommer and Bartók and entitled Bright Moods has been released in 2012 under the MSR Classic label and has received excellent reviews. Ms. Jelača Jovanović has been also working on a recording of Schumann works, which will be released under the Centaur label.

Following her studies in Belgrade, Ms. Jelača Jovanović earned her Master of Music Degree and Artist Diploma at the Tchaikovsky State Conservatory in Moscow under the direction of Mikhail Voskresensky and Elena Kuznietzova, and her Doctorate in Piano Performance at the University of Michigan, Ann Arbor, under the direction of Logan Skelton.  In Ann Arbor, she has also studied with the fortepianist Penelope Crawford and the harpsichordist Edward Parmentier.  Ms. Jelača Jovanović has also worked with Yong HI Moon, Karl Ulrich Schnabel, Earl Wilde and Homero Francesch. In 2004, she took a position at Western Washington University in Bellingham, Washington, where she is currently a Professor of Piano and the Coordinator of the Keyboard Area.

Dr. Jelača Jovanović has given numerous masterclasses and workshops for piano teachers and students in the US, Canada, Russia and Serbia, including Washington State Music Teachers Association Annual Conventions, as well as she was adjudicator at many piano competitions, including the American Music Teachers National Association Performance Competitions, both Washington State and Northwest Divisional competitions, the Frances Walton Ladies Musical Club of Seattle Competition, the Vancouver Women’s Musical Society Piano Scholarship Competition in Vancouver, Canada, the United States Open Piano Competition in Oakland, California, Global Outstanding Chinese Artists Association International Piano Competition in Vancouver, Canada, and the Chopin Northwest Festival in Seattle, Washington, among others.

Colin Clarke was enthusiastic about this collection when he reviewed it in Fanfare 36:2, and for good reason. Or, more accurately, for two good reasons: First, the repertoire—five unfamiliar postwar works (including three first recordings) sandwiched between two early 20th-century staples—is simultaneously attractive and offbeat...

Second, as is obvious from just the first minute or so of the Prokofiev Sarcasms, Milica Jelača Jovanović is a superb pianist of tremendous character. Clarke referred specifically to her “ability to change mood instantaneously”—and her quick reaction time was the first quality that struck me, too. A supremely responsive musician, she’s capable of rapid shifts of touch, ready to move from passages of tremendous vigor and rhythmic kick to moments of seductive suppleness, equally at home in passages of sunlit simplicity (say, the almost Mikrokosmos-like A-Major Prelude by Radovanović) and in the heaviest proclamations (note the way she presents the dark tread in the last of the Radić preludes). Her fingers are strong (listen to the feline volatility at the beginning of the third Sarcasm or the bite in the motoric Allegro con moto at the center of the Radić)—and she manages to toss off the most complex rhythmic superimpositions with startling clarity. She’s got a splendid sense of color, too, which allows her to make the most of the night-music in the first movement of the Sommer and the fourth of the Bartók.

"Good engineering—and excellent notes by Edward Rutschman who, like Briggs and Sommer, is a colleague of Jovanović’s in the music department of Western Washington University. Quite a department—and quite a CD. Warmly welcomed."

"Magnificent feeling of every tone…deeply experienced performance… testified to the richness of the young pianist’s ideas, creating a spectrum of sonorities…” G.K.   Koncertni Blic, Beograd.

“Magnificent and Inspired…[The performance]…confirmed a deep understanding and experience of the work, splendid concentration, memory and spiritual energy possessed by young artists which she  unselfishly gives, resulting in the most complete artistic experience.“ V.M. Jedinstvo, Pristina.

“The special quality of her interpretation lies in an excellent communication with the orchestra, and in the possession of a refined musicality and sparkling virtuosity, which is never an aim in itself but is woven into the entire work with skill and discernment.” G.K. Casopis Vojske Jugoslavije, Beograd