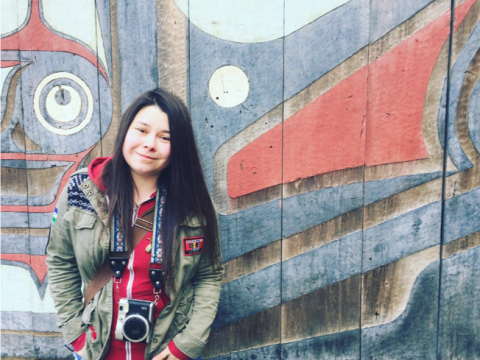 Originally from Alaska, Savannah moved to Bellingham in 2011 to pursue a BA in Theatre Arts from WWU with concentrations in lighting design and dramatic writing. After graduating on 2014 she started working as a stage hand at Mount Baker Theatre and as a stage manager and lighting designer in the Bellingham area. Since then Savannah has designed lighting for a number of productions with Mount Baker Theatre, WWU, Village Theatre Kidstage (Everett), Skagit Opera, and American Theatre Northwest. She has also worked as the Production Manager for WWU's Summer Theatre from 2015 to 2019.

Savannah now works as the Production Manager for the Theatre and Dance Department and as the House Lighting Lead for Mount Baker Theatre. Recent WWU productions include being a company member and playwright for No Disrespect in the Ladybug Camper, and designing lighting for Shakespeare's Other Women, The Spitfire Grill, An American Daughter, and Fun Home.

Savannah is also an Indigenous artist, part of the Tsimshian (Wolf Clan), Haida, Athabascan, Nez Perce tribes and First Nations Nisga'a. Savannah works digitally and traditionally, creating prints to provide her community with a diverse heritage and to help preserve indigenous art styles for the future. You can find her work under SavannahpantsArt.