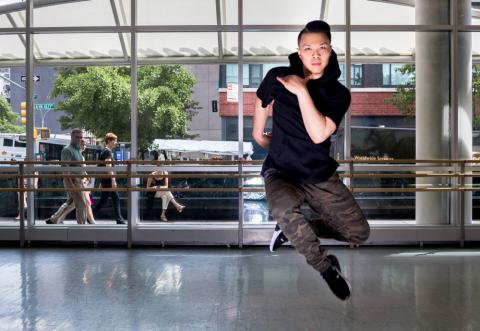 Born and raised in Brooklyn, New York. Jonathan has trained as a singer, dancer, and actor with some of the best teachers and institutions that NYC has to offer.

Theatre credits include Once On This Island, The Wiz, West Side Story, The King & I, and Miss Saigon. Jonathan has choreographed and performed with networks such as Disney, MTV, Freeform, Nickelodeon, and VH1 as well as soft drink giants Coca-Cola and Pepsi . He has also been seen or heard in several commercials, recordings, and print ads for Verizon Wireless, NIKE, Optimum Online, Texas Instruments, Wendy's and WeeBee Tunes.

Jonathan was a participant in the 2016-2017 Alvin Ailey Dance Foundation New Directions Choreography Lab made possible by the generous support of the Ford Foundation and the Rockefeller Brothers Fund. His 360/VR dance piece   "SAY OUR NAME", a collaboration with State Media, won the 2016 Samsung Creators Award in the Causes Category.