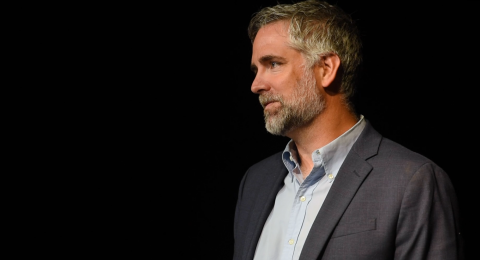 Associate Professor of Voice/Acting, Department of Theatre and Dance, College of Fine and Performing Arts.

Evan is an Acting teacher with a specialization in Voice & Speech for Actors, and the Artistic Director of Bellingham's American Theater Northwest.  Prior to arriving at Western, he was teaching at New York University in the Department of Music and Performing Arts Professions.  While in New York, Evan was the Co-founder and Co-Artistic Director of the award-winning Strange Sun Theater, a professional theater company dedicated to creating theater and telling stories that illuminate our humanity through a shared experience of the magic of theater.  Evan has also been a professional actor, director, and voice specialist, where his work has been seen on stage and screen in collaboration with theaters such as: Ars Nova, the Pennsylvania Shakespeare Festival, the Hamptons Shakespeare Festival, the McCarter Theatre, Amphibian Stage Productions, the Engeman Theater, the Artful Conspirators, the Sweet William Collective, Manbites Dog Theatre, the Warehouse Theatre, The Samuel French Company, The Public Theater of Maine, the New Phoenix Theater Company, 86th Street Films, The Triptych Theater Company, the Lightning Strikes Theater Company, the Source Theatre Company’s Washington Theater Festival, among many others.  As a playwright, his play Hot Season was given its first New York performance in 2014 to acclaimed reviews.  At Western, Evan is committed to help aspiring theater artists build a strong foundation in skills, discipline, and creativity – and to empower these artists to make a contribution to the cultural landscape. Evan is a member of the Voice and Speech Trainers Association (VASTA) and the Actors Equity Association (AEA).  MFA: Rutgers University, Mason Gross School of the Arts.  BA: Duke University.