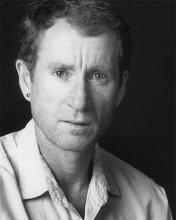 Nolan Dennett is the architect of the dance program at Western and as such single-handedly designed and implemented the BA and the BFA dance majors. With the BFA it has been Mr. Dennett’s vision to provide a bridge from the world of academic dance training into the professional world of time-based art. Toward that end over the years Mr. Dennett has assembled a roster of internationally acclaimed dance artists to teach, perform, choreograph and be in residence at Western. Those artists have included Sylvain Lafortune from the Lar Lubovitch Dance Company, Kathy Casey, artistic director of Montreal Danse, Susan Marshall, Alan Good from the Merc Cunningham company and Kraig Patterson and Penny Hutchinson from the Mark Morris Dance Group to name only a few. Mr. Dennett has been teaching at Western since 1989, first as a movement specialist in the Theater Department and then as Director of the Dance Program. During this time he has directed and collaborated on a number of theatrical works as well as choreographing over 30 major ballets. In addition to being an award-winning choreographer in the academic setting, Mr. Dennett has created new works for the National Ballet of Peru, Ririe/Woodbury Dance Company, and the Idaho Theater for Youth-all of which tour internationally. Mr. Dennett has been a Fulbright Scholar and has appeared as a dancer, in the works of Louis Falco, Jennifer Muller, Lucas Hoving, Bill Evans, Alice Condodina (Limon) Della Davidson, and Anna Sokolow. He is also the author of numerous short stories and articles as well as the critically acclaimed novel, “Place of Shelter.” Mr. Dennett has served 3 terms on the National Board of Directors of the American College Dance Festival Association.