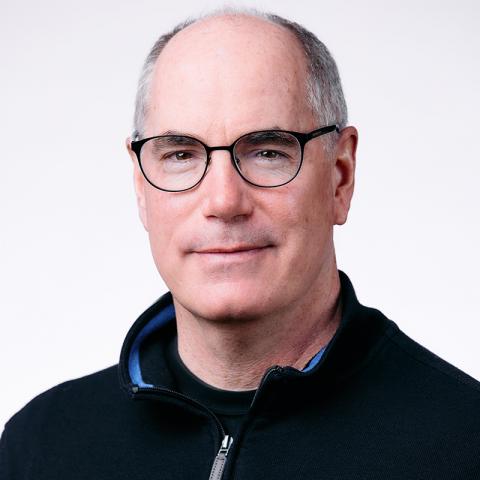 Patrick Roulet’s multi-faceted career as a teacher, performer, composer, and arranger has given him opportunities to collaborate with an array of artists from composers and choreographers to world musicians and percussion soloists and chamber musicians.

A dedicated percussion pedagogue and the Percussion Area Coordinator at Western Washington University, he is passionate about helping students realize their potential and achieve their musical and career goals.

His extensive background and training as a classical percussionist have enabled him to perform with the leading professional symphonic organizations in the Northwest including five seasons as the principal timpanist of the Bellingham Festival of Music and performances at Benaroya Hall and McCaw Hall in Seattle, The Kennedy Center in Washington D.C. and Lincoln Center in New York.

A seasoned pedagogue with over 20 years of experience, he has taught all levels and ages of percussionists from beginners to collegiate undergraduate and graduate students. His previous teaching appointments have included full-time tenured positions at Towson University and Southern Utah University and eight seasons as the percussion instructor at the New England Music Camp in Maine. His emphasis on core competencies within the larger field of percussion has enabled his students to excel as performers and teachers in a wide range of musical pursuits from solo and chamber percussion to jazz, world, and popular music. Many of his students have earned scholarship awards and performance honors and have gone on to professional careers in music.

Patrick enjoys the unique challenges of interdisciplinary collaboration and frequently seeks out opportunities to work with composers, dance choreographers, and artists. Recent projects include the landmark recording of the early percussion music of Michael Colgrass released on the musical score to The Traveling Feet with the Deep Vision Dance Company in Baltimore, and performances utilizing kinetic light instruments created by artists Jenn Figg and Matthew McCormack.

As a classical freelance percussionist, he has performed with the Seattle Symphony and Seattle Opera Orchestras, the Pacific Northwest Ballet Orchestra, the Seattle Chamber Orchestra, and the Pacific Rims Percussion Quartet. His performances as the principal timpanist of the American Sinfonietta and the Bellingham Festival Orchestra have frequently been heard on National Public Radio’s Performance Today, and his performance of Joseph Schwantner’s Concerto for Percussion was praised by critics as “utterly in control and inspiring.”Other performances include: Northwest Sinfonia, Northwest Sinfonietta, Auburn Symphony, Bellevue Philharmonic, Federal Way Philharmonic, Orchestra Seattle (WA), Dimitry Pokrovsky Ensemble (US tour), Opera Lafayette (Washington D.C.), Harrisburg Symphony (PA), and the Annapolis Symphony (MD).

His research on the life and music of jazz vibraphonist Milt Jackson has been referenced by jazz scholars and was featured as the cover story for Percussive Notes, the official journal of the Percussive Arts Society (PAS). Other research interests include the music and culture of the traditional xylophone of Ghana and its application to the pedagogy of the western marimba. His article, “Teaching the Marimba through West African Gyil Methodologies” (Percussive Notes, (July 2010): 16-21.) was based on his studies with Aaron Bebe Sukura at the University of Ghana in 2006.

Patrick’s formal and informal percussion study of percussion, drumset and world percussion has enabled him to learn from a broad range of teachers and players from his father Johnny Roulet, a Washington D.C. area jazz drummer to many of the top orchestral percussionists and educators in the United States including timpanist, Salvatore Rabbio, a Percussive Arts Society (PAS)  Hall of Fame member and Dr. Michel Udow and  Dr. Garwood Whaley, both recipients of the PAS Lifetime Achievement Award in Education. He has also studied with timpanists Michael Crusoe of the Seattle Symphony and Fred Begun of the National Symphony (Washington D.C.) and percussionists Charles Smith and Tom Gauger of the Boston Symphony, Kenneth Harbison of the National Symphony and Randy Eyles of the US Air Force Band. As a doctoral candidate at the University of Washington he studied jazz vibraphone with Seattle jazz icon, Tom Collier.

Patrick has performed and presented at the Percussive Arts Society International Convention (PASIC) and the Midwest Band and Orchestra Clinic in Chicago. He is a Yamaha Performing Artist and endorser of Grover Pro Percussion and Vic Firth.