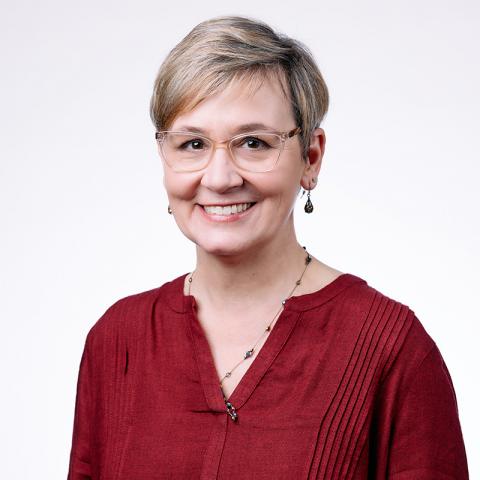 Rachel Roulet’s passion for guiding young musicians in pursuit of artistic excellence has led her to a decades long career in collaborative piano. Currently, she is an Instructor of Collaborative Piano and the Head Collaborative Pianist at Western Washington University where she accompanies and coaches students and assists the WWU Concert Choir, WWU Opera and the musical theater classes.  She previously served as the Assistant Musical Director for the opera and scenes productions at Towson University in Maryland where she also accompanied the faculty vocal quintet and served the vocal area in lessons, masterclasses and recitals. Other staff appointments include Southern Utah University, the New England Conservatory and the New England Music Camp in Maine.

A native of Seattle, Ms. Roulet has been affiliated with many arts and educational institutions in the Northwest in a variety of musical and non-musical roles. She has performed as the keyboardist with the Bellingham Festival of Music for several seasons and was a member of the Board of Directors for the Seattle Young Artists Music Festival.  She taught ear training and accompanied for the Seattle Conservatory of Music and the Northwest Boychoirs.  Most recently, she was invited to join the faculty at the Midsummer Musical Retreat in Walla Walla, WA. Ms. Roulet is pleased to join the Bellingham Chamber Chorale for the 2018-2019 season as their pianist.

In 2001, she was invited by her former teacher, Margo Garrett, to study at the Ravinia Festival’s Steans Institute for Singers where she observed masterclasses and performances with some of the world’s most prestigious vocal art song interpreters. Ms. Roulet received her Bachelor of Music from the University of Michigan and Master of Music degree in Collaborative Arts from the New England Conservatory. Her principal teachers were Charles R. Fisher, Eckart Sellheim, Jeffrey Gilliam and Margo Garrett.