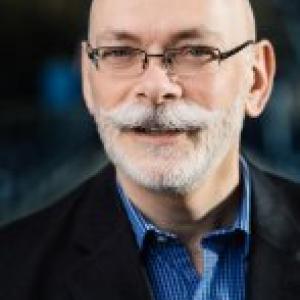 Jay Rozendaal has been a member of the voice faculty at Western since 2006, and has been music director for many university opera productions including The Ballad of Baby Doe, Dido and Aeneas, The Marriage of Figaro, Don Giovanni, Britten's A Midsummer Night's Dream, and Massenet's Cendrillon. He is also a member of the music staff of Seattle Opera, having served as coach-accompanist for dozens of productions since 1991, including three Ring cycles. In the summer of 2020 he appeared in the company's Songs of Summer recital series, collaborating with soprano Angel Blue, and mezzo-soprano Sarah Larsen.

He has also served on the staffs of San Francisco Opera, Dallas Opera, Santa Fe Opera, Houston Grand Opera, and Central City Opera.  He has also held positions in the opera departments of the Cleveland Institute of Music and University of Akron. In the Seattle area he has performed often as pianist in chamber, recital and concert engagements including the San Juan Chamber Music Festival, the Northwest Symphony Orchestra, and the Bellevue Philharmonic. Among his recital appearances are performances with bass-baritone Eric Owens, countertenor Brian Asawa, mezzo-sopranos Denyce Graves, and Mika Shigematsu, and sopranos Mary Elizabeth Williams, and Hope Briggs.

He holds a B.Mus. from Westminster Choir College, and an M.M. from the Cleveland Institute of Music where he studied with Vitya Vronsky Babin and Paul Schenly. He participated in the school’s inaugural Art Song Festivals, studying with artists such as Elly Ameling, Håkan Hagegård, Dalton Baldwin, and Warren Jones.  He also holds two degrees in theology from the General Theological Seminary, and is an Episcopal priest.