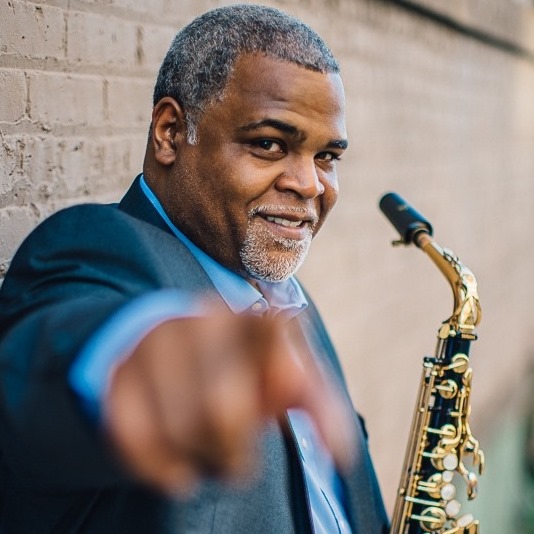 Dr. Damani Philips is a native of Pontiac, MI, and currently serves as Director of Jazz Studies and Associate Professor of African-American Studies at the University of Iowa. Phillips has earned Bachelor and Master of Music degrees from DePaul University and The University of Kentucky in classical saxophone, a second Master of Music degree in Jazz Studies from Wayne State University and the Doctor of Musical Arts degree in Jazz Studies at the University of Colorado at Boulder. An active performer, pedagogue and lecturer, Phillips has taught and performed throughout the world. He has previously served on the faculty of Grinnell College and Oakland University, and is actively sought as a guest artist, clinician, adjudicator and presenter throughout the country. He has performed with artists/groups such as Lewis Nash, Christian McBride, Wycliffe Gordon, Bobby McFerrin, Marcus Belgrave, Terrell Stafford, Hank Jones, Red Holloway and Pat Bianchi among many others. He has released 5 albums as a leader, and published his first book “What Is This Thing Called Soul: Conversations on Black Culture and Jazz Education” in 2017.

Preparing for Opportunity: How to yeet your way to a lowkey fire life, or whatever