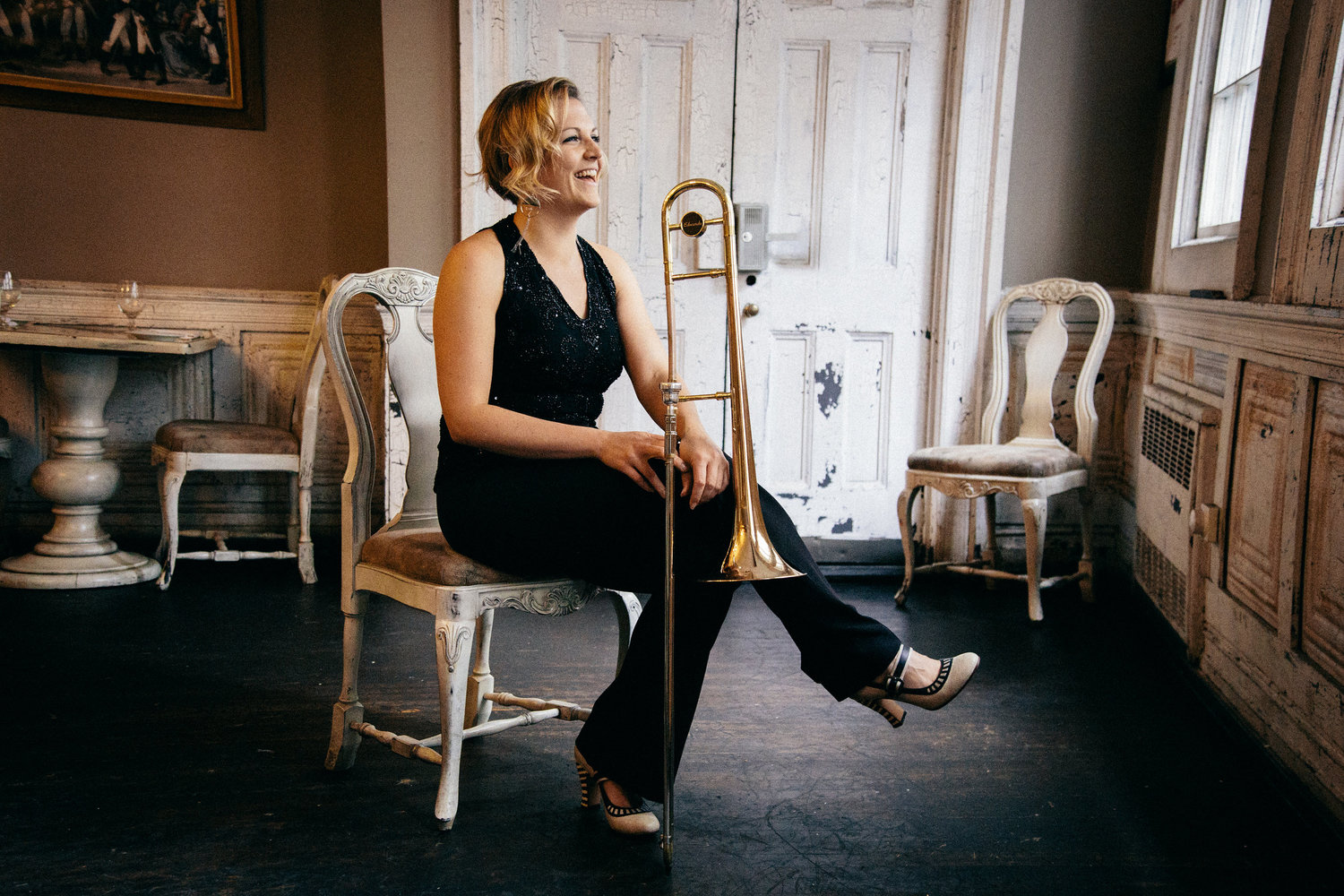 Emily Asher is a Brooklyn-based trombonist and singer of "buoyant charm” (Nate Chinen, The New York Times) in strong demand as a bandleader and sidewoman in New York City and internationally. As a leader, Asher has produced four CDs and led US and Israel tours with Emily Asher’s Garden Party and earned a prestigious Banff Residency with her Endangered Species Trio. She recorded and performed with Wycliffe Gordon on his “Hello Pops!” tribute to Louis Armstrong, and was a member of Nicholas Payton’s Television Studio Orchestra. “Ms. Asher plays with both grit and grace” (Will Friedwald, The Wall Street Journal) and has shared the stage with a wide variety of artists including Tony Bennett, Carol Burnett, Mø, Talib Kweli, Chaka Khan, Terri Lyne Carrington, and many others. Emily’s debut album, Dreams May Take You, featuring Wycliffe Gordon, was officially released April 15, 2012. June 6, 2013 marked the release of Emily Asher’s Garden Party’s six song EP: Carnival of Joy! a celebration of Hoagy Carmichael which the Wall Street Journal called a “superior album.” Endangered Species Trio, A "concentrated chamber group with the intriguing instrumentation of accordion, bass saxophone and trombone" (Seattle Times) released their six-song EP Home on the Range in November, 2014. Meet Me In The Morning, released in early 2015, is Asher's most comprehensive and evocative album to date with five original compositions including the title track as well as reverently re-imagined American Songbook classics.

In addition to performing several weekly residencies in Manhattan’s Financial District with The Garden Party Trio and Quartet, Emily is the Founder and Managing Director of NOBLE + WYLIE, a boutique booking agency specializing in Hot Jazz, Swing, and related fun music.

Originally from Seattle, Emily earned three Bachelors degrees from the University of Washington. Upon graduating in 2004 she was hired as the Director of Bands at Ballou Junior High School in Puyallup, Washington where she taught for three years. In May of 2009 she completed her masters in music performance from CUNY Queens College.