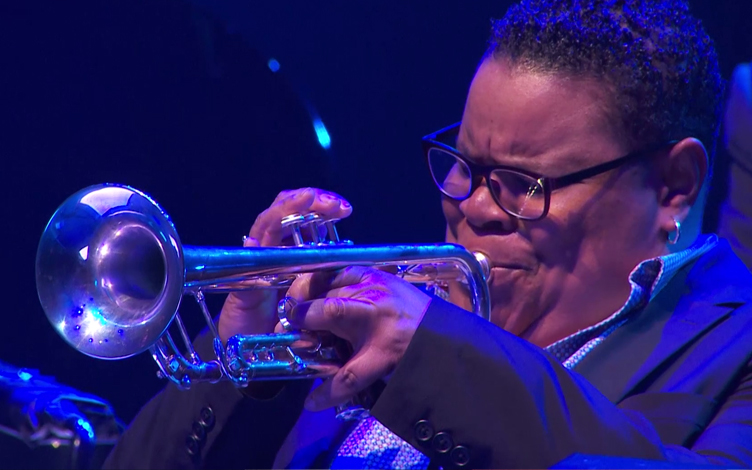 Seaside, California, native Tanya Darby is a current and veteran member of such groups as the Vanguard Jazz Orchestra, the Roy Hargrove Big Band, the DIVA Jazz Orchestra, the Michel Camilo Big Band, and the Rufus Reid Large Ensemble, among others. She has performed and toured with artists such as Dianne Reeves, Clark Terry, Jon Faddis, Paquito D’Rivera, and Gladys Knight, and ensembles including the Jazz at Lincoln Center Orchestra, the Count Basie Orchestra, the Ron Carter Great Big Band, the Duke Ellington Orchestra, and the Mingus Big Band. She has appeared on the television show BET on Jazz as part of the T.S. Monk Sextet and performed with Aretha Franklin as part of the "Arista Records' 25th Year Anniversary Special" on NBC.