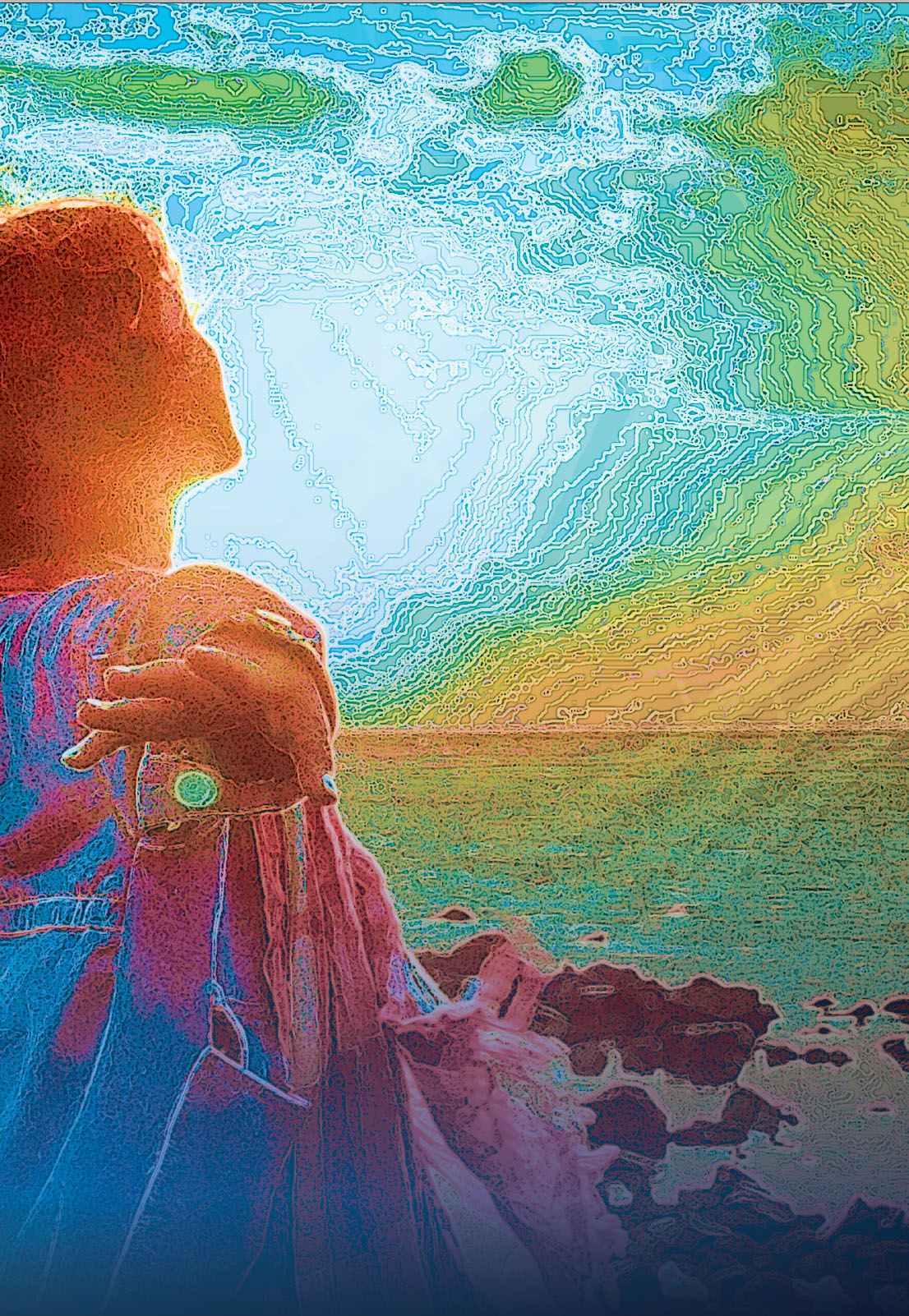 Traveler was commissioned in 2003 by the University of Texas at Arlington Band Alumni Association, the Delta Sigma Chapter of Kappa Kappa Psi and the Gamma Nu Chapter of Tau Beta Sigma, in honor of the career contributions of Ray C. Lichtenwalter, retiring Director of Bands at UT Arlington. Ray has been a close friend and champion of my music for many years, and it was a great pleasure for me to writ this piece for his final concert.

The idea for Traveler came from the feeling of a big life movement as I contemplated my friend’s retirement. Traveler begins with an assertive statement of the chorale melody “Nicht so traurig, nicht so sehr” (“Not so sad, not so much”). The chorale was not chosen for its title, although in retrospect it seems quite appropriate. The last part of life need not be sad. It is an accumulation of all that has gone before, and a powerful projection into the future – the potential for a tremendous gift of life and joy. And so the music begins with energy and movement, depicting an engaged life in full stride. At the halfway point, a meditative quiet settles in. Life’s battles are largely done; the soul is preparing for its next big step.

In our hearts, our minds, our souls
We travel from life to life to life
In time and eternity.

Sketches on a Tudor Psalm, composed in 1971, is based on a sixteenth-century setting of the Second Psalm by Thomas Tallis. The original version was in the Phrygian mode with the melody in the tenor voice. A modern adaptation is still used today in Anglican services. Its popularity is evidenced by its employment by Ralph Vaughan Williams. for the basis of his Fantasia for String Orchestra in 1910.

The introduction sets the harmonic character by emphasizing the juxtaposition of major and minor triads. The theme is first presented by solo alto saxophone, continued by horns, and followed by a fully harmonized version from the brass. The variations begin to unfold in an Allegro section with a melody in the clarinets which was constructed from the retrograde of the theme. Subsequently, fragments of the theme are selected for rhythmic and melodic transformation. Finally, the opening harmonic sequence returns in highly punctuated rhythms to herald the recapitulation of the theme beginning in the low woodwinds and culminating in a fully scored setting of the climactic measures. A coda continues the development as the music builds to a triumphal close on a major chord.

In setting Molly on the Shore I strove to imbue the accompanying parts that made up the harmonic texture with a melodic character not too unlike that of the underlying reel tune. Melody seems to me to provide music with initiative, whereas rhythm appears to me to exert an enslaving influence. For that reason I have tried to avoid regular rhythmic domination in my music -- always excepting irregular rhythms, such as those of Gregorian chant, which seem to me to make for freedom. Equally with melody, I prize discordant harmony, because of the emotional and compassionate sway it exerts.

Molly on the Shore was composed as a birthday gift for Grainger's mother Rose, with whom he was extraordinarily close.

I'm amazed at how children use their imaginations to transform the ordinary and normal into the extraordinary and fantastic. Just about anything they come across can be used to spark their fantasies and usher their minds into unseen worlds. A stick on the ground becomes a wand with magical powers or a sword to fight off bad guys. A collection of rocks turns into buried treasure, and a blanket stretched over two chairs becomes a cave to hide in. And things found in nature -- birds, waterfalls, flowers, and even insects -- can take on mythic identities when viewed through the eyes of a child.

The idea for Firefly was born one night as I watched my four-year-old become mesmerized by a firefly that had wandered into our front yard. When I asked her what she thought of the "firefly" she looked at me with a puzzled look and said with a corrective tone, "Dad, that is not a firefly... that's Tinkerbell, and she's come to take me with her on an adventure!"

Firefly is dedicated to my daughters Sophia and Nyla, who ignite my imagination and bring awe and wonder into my life every day.

The original conception of this work, Concertino for Four Percussion and Wind Ensemble, was commissioned by the Oklahoma State University Wind Ensemble, Joseph Missal, conductor and Wayne Bovenschen, Professor of Percussion studies. The Concertino or “small concerto” seeks to exploit keyboard, membrane, and auxiliary percussion instruments with the marimbas, xylophone, timpani, vibraphone, and bass drums as the featured instruments, assisted by crash cymbals, suspended cymbal, tam-tam, bells, chimes, triangle, and hi-hat to enhance both the ensemble and the solo instruments.

Two thematic motives are used as a point of departure for this work. Both appear in the slow and mysterious introduction. The first, played by the marimbas, is dramatic, and the second is haunting and played by the vibraphone and bells. The following Allegro is structured similar to a rondo with recurrences of both themes interspersed by episodic sections. The first theme, however, is transformed into a very lively arpeggiated tune played by the xylophone and marimba. The coda is marked by a relentless rhythmic competition of two sets of bass drums whichaccompany the primary thematic material as first heard in the slow introduction. The work draws to a resounding conclusion when the second haunting theme is stated dramatically in tour de force by the brass.

This letter from myself to Colonel Larry Lang following receiving his recording with The United States Air Force Band best describes this piece, certainly better than any program notes I could write. The focus of the letter and the hymn are the same. Whom we love and lose are what defines us as human beings. The relationships we have with each other are our greatest strength. The ability to mourn and grieve, not alone but with others, is the greatest gift of healing we have. Music grieves, it mourns and it heals.

Thank you so much for the perfect recording. I will admit I can barely listen to it. So much pain, so much loss in a country, in families, in ourselves; to have it culminate into its own music -- its own voice -- is almost unbearable. Many times right after I mailed it to you I felt great dread and fear: fear that it wasn't what I thought it was, that my emotions had gotten the better of me, and as always, the fear of rejection or of being misunderstood. My one consolation was that I did not - and still do not think I had much at all to do with its conception. It came to me finished, every melody, counter, structure and dissonance pounding on me to be put on paper right then so it could continue its journey free again of earthly manipulation; free to mourn and love.

I am truly grateful it picked me for its dictation source, but I am also so very thankful that you were put in my life, you and every member of your wonderfully gifted United States Air Force Band. Thank you, Larry, for also helping this work find its true voice, its perfect voice. Please thank your band members for this gift. I will be forever thankful.

With my deepest gratitude, Julie

Hymn for the Innocent is a tribute to all the innocent lives that are lost whether by accident, disease or acts of violence. It also includes all those who serve, here and abroad, military and domestic who have sworn to protect the innocent and have lost their lives or lead a handicapped life as a result of this service. What has been lost by their passing is an infinite list of possibilities. What they could have been, could have accomplished or achieved and the holes left in all the lives they touched and would have affected surely is a sorrow above all sorrows. Loss is never easy but when loved ones are taken before their time the loss and grief seem to be compounded. This hymn is for them. My prayers will always include them. This hymn is for the survivors as well. My hope is that this music, this hymn can be a part of a healing process for some listener out there. Grief never goes away but music can be an instrument that can help you live with it. - Julie Giroux

Three Vespers from All Night Vigil (1915)

The all-night vigil is celebrated on the eve of the main feasts of the Orthodox Church. Originally it lasted all night from 6 pm on Saturday night through to 9 am on Sunday morning, and it consists of three separate services: Great Vespers, Matins (at midnight) and the First Hour or Prime (in the morning). By the end of the 19th century this had been reduced to a service lasting a mere three hours.

The purpose of the vigil is to show a sense of beauty in the setting sun and give the congregation a chance to consider the spiritual light of Christ, the new light of the coming day and the eternal light of the heavenly kingdom. Great Vespers begins in silence, with a cruciform censing of the altar – one of the most profound moments of Orthodox liturgy, representing eternal rest and the silence before Creation. There follows a sequence of hymns, readings, chants and prayers, providing an analogy of the way in which paradise was returned to mankind by the redeeming sacrifice of Christ. Music of course plays a part in this liturgy, as a vehicle for the sacred texts – the words are always paramount and the austerity of the music reflects this.

Rachmaninoff’s setting of the All-Night Vigil (Vsenoshchnoye bdeniye op. 37) was written in January and February 1915, in the middle of the first world war, when Rachmaninoff was 41. During this period Rachmaninoff was travelling throughout Russia with Serge Koussevitsky, giving concerts in aid of the war against Germany. He had already completed one choral work in this vein (the Liturgy of St John Chrysostom of 1910 following Tchaikovsky’s example of 1879) but the Vigil is more elaborately worked out and more intense in its expression. He used authentic znamenny chant in seven movements; two movements employ Greek chants; and in the remaining movements he constructed what he described as a ‘conscious counterfeit of the original’. The piece is dedicated to the scholar Stephan Vasilevitch Smolensky (1849–1909) who had introduced the composer to the repertoire of the church when he was at the Moscow conservatoire. Yet Rachmaninoff’s inspiration was as much politically motivated as anything else – the composition was a powerful affirmation of nationalism during the war.

‘Even in my dreams I could not have imagined that I would  write such a work,’ Rachmaninoff told the singers at the first performance. Hearing this extraordinary piece of music, not a frozen edifice of austere musical architecture but a vibrant and powerfully emotional manifestation of religious experience, it is surely possible to understand precisely how he felt.

Rejoice, O Virgin Theotokos,
Mary full of grace.
The Lord is with thee
Blessed are you among women
and blessed is the fruit of your womb,
for you have borne the Savior of our souls. 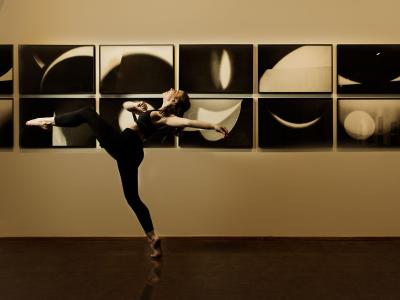 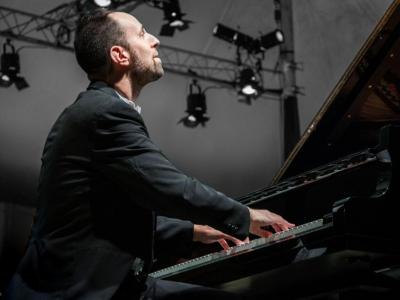