Completed in 1973, the 640-seat Concert Hall was designed by acclaimed Pacific Northwest architect Henry Klein of Mount Vernon, Washington. The acoustical consultant for the Concert Hall was Christopher Jaffe, a pioneer in the field of acoustical design. During the course of his career, Jaffe consulted on over 250 performance halls including such prestigious projects as: the acoustic renovations of the Hollywood Bowl, Zankel Hall at Carnegie Hall, Severance Hall in Cleveland and the John F. Kennedy Center Concert Hall in Washington, D.C.

Seating in the concert hall is in the amphitheater style with terraced seating that provides audiences with unobstructed views of the stage. Acoustical treatments of the hall include a suspended canopy over the performing area, reflecting ceiling panels, moveable acoustical curtains, and a sound-absorbing slatted rear wall.

The focal point of the concert hall is a one-of-a-kind, three-manual, 38-rank pipe organ that occupies the entire rear wall of the stage. Designed and installed by Glenn White of Olympic Organ Builders in Seattle, the instrument was constructed in Kassel, Germany by Werner Bosch to White’s specifications. Much of the work was done by hand, with the manufacture and assembly of the multitude of pipes, rods, wires, levers and other parts taking more than a year to complete. 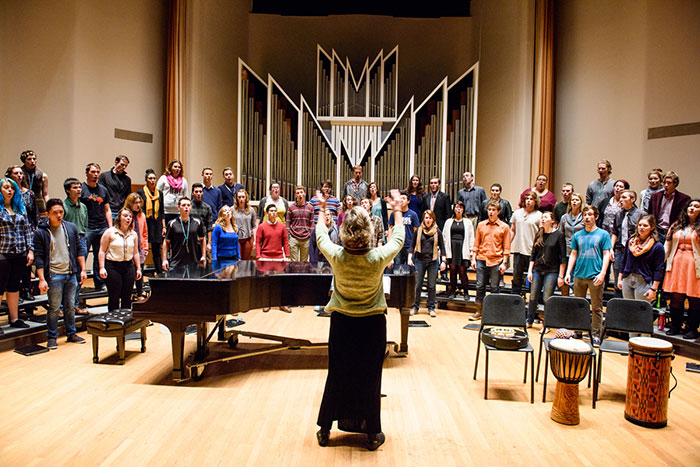 In developing the design of the organ, White worked closely with Western professor and organist, Dr. David Schaub and the architect, Henry Klein to make certain the finished product would fit into both its physical location and the musical program at Western. The instrument is a tracker action organ, with a direct mechanical linkage connecting the keys and the pipes. The tonal design of the instrument follows Baroque or Classic-style organs modeled after the ideals of European organ builders in the 17th and 18th centuries.

Since 1993, the concert hall has been the home to the Bellingham Festival of Music, one of America’s premier virtuoso orchestra festivals whose festival orchestra is composed of some of the finest musicians in the United States and Canada, many of them principals in such illustrious orchestras as the New York Philharmonic, and the Boston, Chicago, and Atlanta Symphonies.

Each summer, the Concert Hall serves as the primary performance venue for the Marrowstone Music Festival, the premier orchestral training program in the Pacific Northwest presented by the Seattle Youth Symphony Orchestra.

The lighting in the Concert Hall was recently converted from high-wattage incandescent lights to high-efficiency LEDs through a grant from the Green Energy Fee Grant Program. 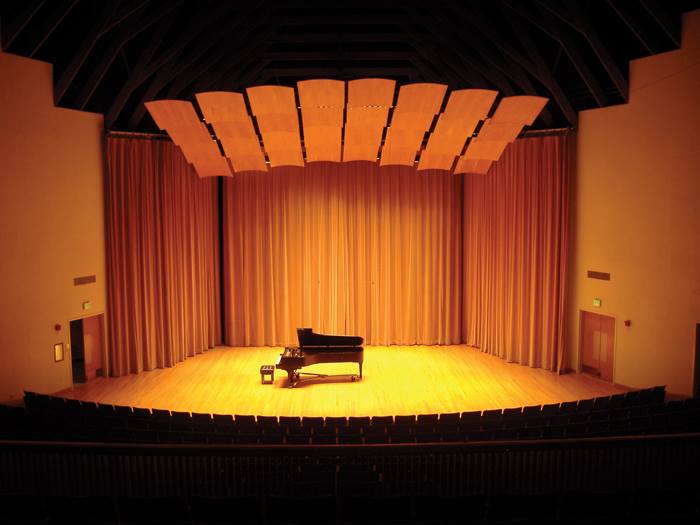