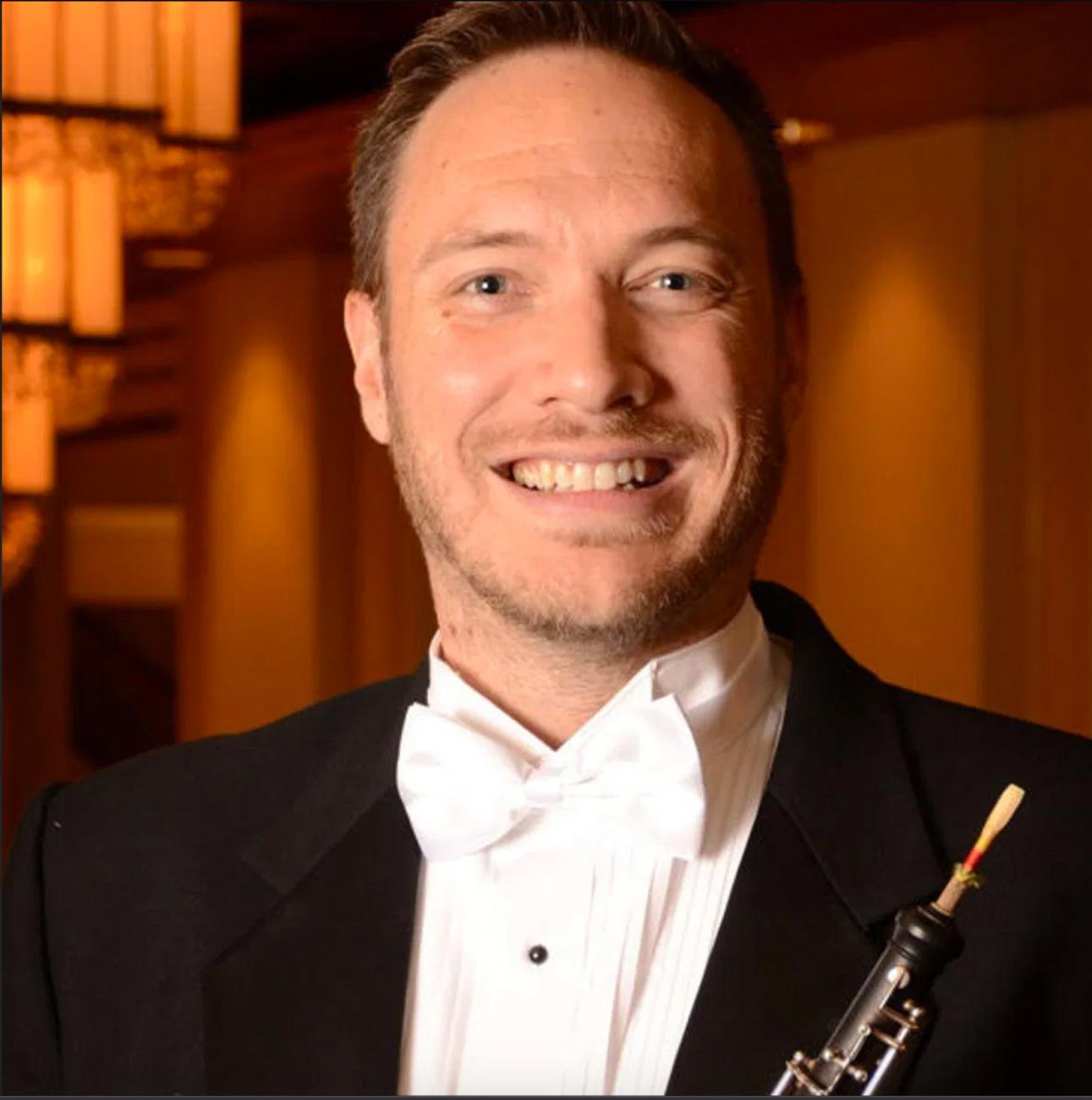 In the February 22, 2021 episode, Erika interviews Dr. Andrew Parker, assistant professor of oboe at the Butler School of Music at the University of Texas Austin. Andrew recently hosted a virtual masterclass for Western music students.

Andrew’s solo album, The Singing Oboe, was released under the MSR Records label in 2014.  The album was featured as cd of the week on the Boston station 99.5 WCRB .  He recently recorded an album of works for oboe, bassoon, and piano with Benjamin Coelho and Alan Huckleberry to be released on the MSR Records label.  He has also recorded a cd of Handel trio sonatas with Nancy Ambrose King.