Richard Hodges, DMA, joins the faculty of the Music Department in the Fall of 2022 as the new Director of Voice Studies.

Although best known as a performer, Mr. Hodges has been writing, directing and composing for quite some time. His most recent work, "Black Swan Radio Hour" with Vegas City Opera is Dr. Hodges first fully realized work from concept to show. Some of his other works include Women of the Black Panthers which premiered with Vegas City Opera and featured his new composition “Be Proud” in which he wrote the poem and music. This work was also be featured as part of Vegas City Opera’s 2020 Song Cycle Project. In collaboration with Vegas City Opera, Dr. Hodges has also created the playwright book for two other shows, Coretta Scott King, Sojourner Truth and Harriet Tubman.

Dr. Hodges is a 2019 nominee for Best Lead in a Musical with the Las Vegas Valley Awards for his role in "Gianni Schicchi" with Vegas City Opera. His other recent roles include a Supporting Role in the revival of Anthony Davis’ "X: The Life and Times of Malcolm X" with Detroit Opera, Lawyer Frazier and Undertaker in "Porgy and Bess" with the Greensboro Opera Company and the Preacher in "Sweet Land" with The Industry L.A.

Dr. Hodges has also appeared as Michele in "Il Tabarro," and Hamlet in the opera "Hamlet," Frank in "Die Fledermaus," Porgy from "Porgy and Bess," and Peter in "Hansel and Gretel," respectively.

He is an Emerging Artist in the Institute for Young Dramatic Voices program and has received several awards. Most notably he was a finalist in the American Institute of Musical Studies Meistersinger Competition. He was also one of the 2018 UNLV Concerto Competition Winners.

He has been featured in numerous orchestral and chamber concerts which include performances of various operatic arias and scenes as well as master works such as Here and Now by Christopher Theofanidis with the UNCG Orchestra and combined choirs and the Messiah by Handel. Dr. Hodges has been a featured soloist and recitalist performing with Opera Noire, Angels Vocal Arts, The Industry LA, Vegas City Opera, Opera Las Vegas, Henderson Symphony Orchestra, the UNLV String Orchestra, the famed UNLV Wind Orchestras, Greensboro Opera Company, North Carolina Opera Company and other organizations throughout his career. Dr. Hodges continues to give masterclasses and performs with other local and regional organizations. Some of his recital performances include the show Harriet Tubman with Vegas City Opera and a Recital of Black Composers sponsored by St. John’s in the Village, NYC. Dr. Hodges’ upcoming performances and presentations include a performance sponsored by the Jesse Norman School of the Arts and a presentation at the Nebraska Music Educators Conference in November. 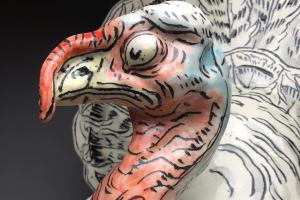