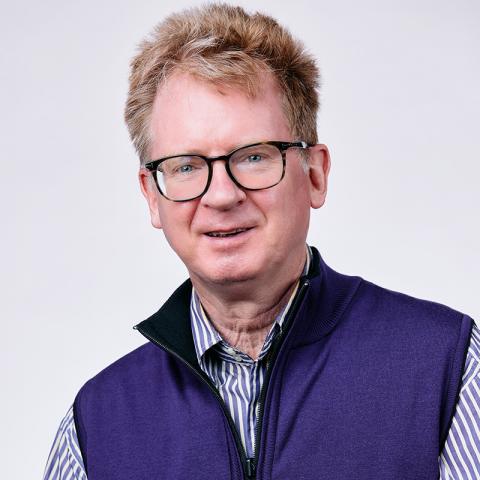 Master of Music: University of Michigan
Bachelor of Music: Eastman School of Music

Since joining the faculty at Western Washington University in 1992, pianist Jeffrey Gilliam has performed throughout the Pacific Northwest as solo recitalist; as guest pianist with The Seattle Chamber Players at Benaroya Hall; as chamber musician and soloist in the Marrowstone and Bellingham Festivals; and as concerto soloist with local orchestras. In addition, Prof. Gilliam’s extended association with the late Lord Yehudi Menuhin has led to his collaboration with superb instrumentalists, with whom he has performed at London’s Wigmore Hall, The Kennedy Center in Washington D.C., Carnegie Recital Hall in New York City; in numerous concert tours across the U.S. and Canada, and in distinguished European, Asian, and South American festivals.

Originally from Akron, Ohio, Jeffrey Gilliam studied piano with Cécile Genhart at the Eastman School of Music, and with Theodore Lettvin at the University of Michigan. A Fulbright Scholarship in piano and in German literature enabled him to continue his studies with Günter Ludwig in Cologne, Germany, where he made his European recital debut in 1982. He has also performed in master classes for Leon Fleisher, György Sebök, John Perry, Maria Curcio Diamand, Dorothy Taubman, Tatiana Nikolayeva, and György Sandor.  He studied piano accompanying with Martin Katz and with Margo Garrett.

Prof. Gilliam taught an accompanying course at The Juilliard School, and for three years he was Assistant Professor of Piano at the University of Michigan School of Music. He worked on the faculty of the International Menuhin Music Academy in Gstaad/Blonay, Switzerland for fourteen years. He has recorded with violinists Yehudi Menuhin, Ruggerio Ricci, and Alberto Lysy, for EMI, Opus 111, and Dinemec Classics, respectively.

At Western Washington University, Jeffrey Gilliam teaches piano and directs the piano accompanying program. In addition he is Artistic Director of The Sanford-Hill Piano Series. Several of his recent former WWU piano performance majors have gone on to distinguished graduate programs at Rice University Shepherd School of Music; Manhattan School of Music; Stony Brook University School of Music; and The New England Conservatory.

In recent years he has taught as a guest professor at The University of Pretoria, South Africa (1998-99), and at Silpakorn Fine Arts University in Bangkok, Thailand (1999). In 2005, he received his second Fulbright, a Senior Specialist Award for performance and teaching in Thailand. In May, 2006 he accompanied the Asian recital debut of WWU soprano alumna Erin Wall at the Musashino Cultural Center in Tokyo, Japan.  In June, 2006 & 2007 he taught on the faculty of The Summer Institute for Contemporary Performance Practice at The New England Conservatory in Boston.