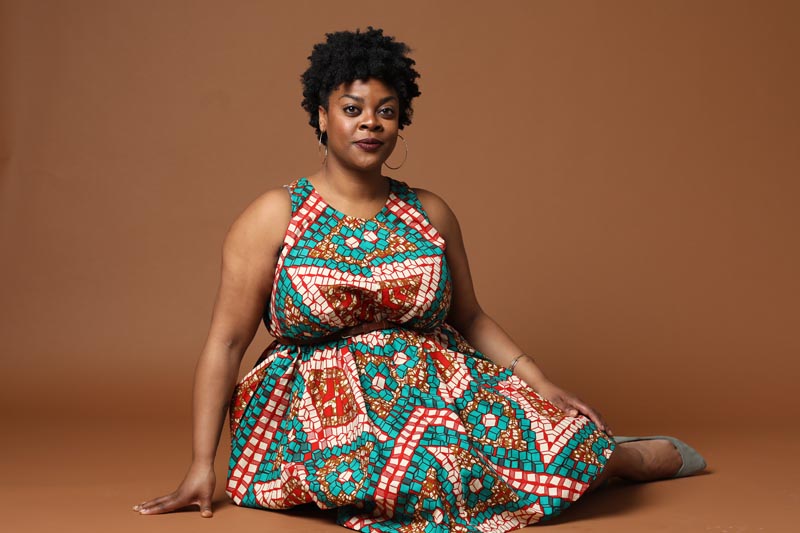 WWU Theatre alum Rashawn Nadine Scott will be on campus to receive her Outstanding Alumni Award for the on Friday, May 13 and will give an Artist’s Talk to students at 4 p.m. in the DUG Theatre.

Hear about Rashawn’s journey from WWU, to Chicago, to LA working professionally on stage and screen (including South Side on HBO Max). Cookies and coffee are provided.

Rashawn Nadine Scott is an actor, singer and comedian from Tacoma, WA. She studied Theatre Arts at Western Washington University, concentrating in acting. After Western, Rashawn moved to Chicago where she produced comedy shows, studied improv comedy at iO (Improv Olympic) and performed throughout the city including NPR’s Wait Wait Don’t Tell Me and co-hosting Windy City Live. She was of the inaugural class of The Second City’s Bob Curry Fellowship, which landed her as a member of SC’s national touring company and multiple revues on both SC resident stages- the ETC & Mainstage respectively. In 2019 Rashawn was in the CBS Diversity Showcase in Los Angeles where she currently lives. Her credits include Kitty Goodnight on HBO Max’s South Side, Nurse Karen on CBS’s Carol’s Second Act, ABC’s Abbott Elementary, Shrink, Empire and voice-over work in the feature film Spies In Disguise. Instagram/Twitter @rashawnscott