The Western Washington University Viking Band is a large pep band consisting of both music majors and non-music majors. The Viking Band plays at all home WWU Volleyball, WWU Men's and Women's Basketball Games at Carver Gym, creating an energetic and positive environment for students and fans by supporting our teams with high-energy music and loud cheering. For more information, contact Walter Walter.

Who can be a part of the Viking Band?

All students of WWU are able to join the Viking Band! The Viking Band is not exclusive to students majoring in music but is open to students of any major/minor. Drumline members will be expected to complete a short audition at the start of the academic year. There is no audition for brass or woodwinds. Simply register on the form below!

What is the time commitment to be a part of the Viking Band?

Most Volleyball, and Basketball home games occur on Thursdays and Saturdays beginning in the Fall quarter and lasting through February. In addition, the Viking Band performs at various events around campus such as Compass2Campus, Western Preview, and Relay for Life. These events are listed as soon as possible.

All Viking Band members are required to attend our Minicamp the first Friday and Saturday of Fall Quarter (TBA). The minicamp is our chance to get together to rehearse our music, meet other band members, and usually culminates with a performance!

The Viking Band meets for rehearsal on Tuesdays during Fall and Winter quarters from 7-8 PM.

What is the cost for Viking Band Members?

All Viking Band members pay a $20 fee at the start of the school year.

The following instruments can be provided by WWU: Baritone Saxophone, Mellophone, Baritone/Euphonium, Sousaphone, All Drumline. Other instruments may be available. If you are in need of an instrument not on the list above, email the Instrument Library.

In order to properly place everyone on the drumline, percussion members are required to perform a brief audition. New materials and information will be available over the summer and will be sent to percussionists that register below. 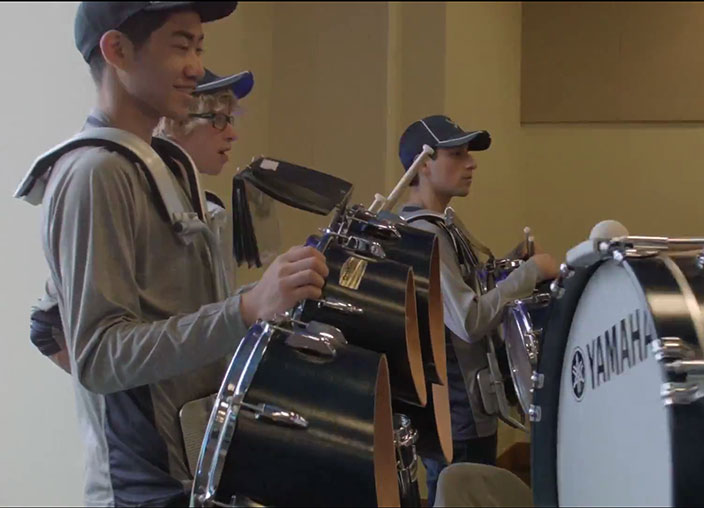